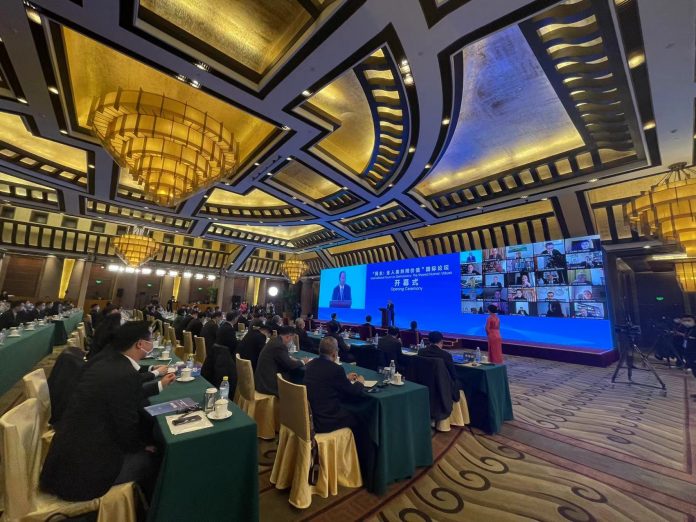 In a book originally published in 1986, the German sociologist Ulrich Beck formulated the concept of “Risikogesellschaft” or Risk Society. According to this author, in late modernity, the social production of wealth is accompanied by the production of risks. In this way, the problems and conflicts arising from the production, definition, and distribution of scientific-technologically produced risks overlap with the distributive problems and conflicts of the scarcity society. Among the most significant risks that currently haunt humanity, we can highlight those related to the emergence of new pandemics, global warming, deforestation, and the proliferation of nuclear weapons, to mention the most evident.

For the author, the concept of “industrial society” or “class society” revolves around the question of how socially produced wealth can be distributed in a socially unequal and at the same time “legitimate” way, while for the new paradigm of “risk society” the central question is how the threats and risks systematically co-produced in the late modernization process are avoided, minimized, channeled and, when brought to light in the form of “latent side effects” isolated and redistributed so that they do not compromise the modernization process nor the boundaries of what is (ecologically, medicinally, psychologically or socially) “acceptable.”

As Beck highlights, sooner or later in social history, in the continuity of modernization processes, situations and conflicts of a society “that distributes wealth” with those of a society that “distributes risks” begin to converge.

It is interesting to observe that the processes that lead society to solve the scarcity problem are the same ones that transform it into a risk society. For food production, forests have been cleared for centuries, but contemporary deforestation is happening globally and with entirely different social and political consequences. If in the recent past, man’s domination over nature was a necessary condition for the progress of civilization itself, today, the exploitation of nature beyond the limits of its capacity for recovery puts the very continuity of human society at risk. The domain of science is a necessary condition for progress, but the scientific-technologically produced risks (a nuclear war, for example) put the future of humanity at stake.

By analyzing the process by which the social architecture and political dynamics of this late stage of modernization transform the society of scarcity into a society of risk, Beck suggests five theses:

The highly differentiated division of labor in modern society, whose most complete expression are the so-called global value chains, means general complicity in the production of risks. This, in turn, leads to generalized irresponsibility. All are cause and effect, and therefore not cause; that is, you can do something and continue to do it without personally answering for it. As Beck states, “You act physically, without acting morally and politically.”

Another important fact to highlight is that the recognition and definition of risks act simultaneously with scientific and social rationality. In other words, in defining risks, the monopoly of the rationality of science is broken, since competing and conflicting interests and points of view of the different actors of modernization and groups of affected people end up overlapping the vision of science to define the risks and, mainly, the limits of what is socially acceptable. Risk assessment is based both on mathematical possibilities and on social interests, even when they are covered by technical certainty. Thus, even when the possibility of an accident is mathematically reduced, it can be socially unacceptable if its consequence is extermination, as in the catastrophic potential of nuclear disaster. In this way, as Beck states, “scientific rationality without social rationality becomes empty, social rationality without scientific rationality, blind.”

Unlike wealth, whose existence is tangible and real, risks are not limited to effects and damages that have already occurred. Given its anticipatory nature, risks express, above all, a future component. Thus, as Beck states, “As opposed to tangible evidence of wealth, risks end up implying something unreal. In a strong sense, they are both real and unreal. On the one hand, many threats and destruction are already real: polluted or dead rivers, forest destruction, new diseases, etc. On the other hand, the real social strength of the risk argument lies in the threats projected into the future.”

However, the fact that the risks refer to possible future events, the existence of which is assumed until proven otherwise, means that the immediate interests related to the production of wealth often overlap the preventive measures aimed at minimizing the possibility of an event whose existence is only potential. Therefore, differently from the search for wealth, which always generates an attitude of acceptance, minimizing risks often causes an attitude of rejection, even because, as a rule, it implies placing certain limits on the quick search for wealth.

Two other aspects should also be highlighted. The first one concerns the distribution of risks among social classes. If, on the one hand, as we initially observed, unlike class society, in the risk society, the threats generated can affect everyone without distinction, the fact is that the distribution of risks is not uniformly distributed among all social classes. As Beck puts it, “The history of risk distribution shows that risk, as well as wealth, adheres to the class scheme – but in reverse: wealth accumulates at the top, risks at the bottom. Thus, the risks seem to reinforce, not revoke, class society”. That is, the rich (in terms of income, power, education) can buy security and freedom from risk. As for the poor, all that remains is to be exposed to them. Not coincidentally, it is always the areas at greatest risk – contaminated land, areas subject to flooding or landslides – that are occupied by the poor. The assertion, therefore, that poverty is hierarchical, but pollution is democratic, needs to be put into perspective. And that brings us to the second aspect: the relationship between risks and globalization.

In an increasingly globalized world, there is an intrinsic trend towards the globalization of risk. The most visible feature of globalization is the ubiquity of so-called “global supply chains.” The universalization of threats accompanies globalized industrial production. It is of little use to transfer polluting activities to locations far from the rich centers of consumption. Effects on the air, the waters of rivers and oceans end up like a boomerang returning to those who gave rise to them and who profited from them. Food chains link all the inhabitants of the earth. The Covid-19 pandemic is the most current example of how the risks associated with the growing interaction between man and nature cannot be contained at a local scale in a world where pathogens travel the globe on a jet. Regardless of where they arise, their spread across the world is a matter of days or, at most, weeks.

But once again, we must relativize the universal nature of threats. In the same way that rich people are always better able to protect themselves from risks than the poor ones, this same difference occurs between countries either because they have fewer resources to clean up their rivers, protect their forests, prevent diseases, or, because in the global supply chains, the activities that pose the greatest risk to the environment and human health tend to be located in poorer countries. Faced with the lack of capital to leverage their development, poorer countries tend to see the installation of polluting industrial activities in their territories as a lesser evil: better to have poor quality jobs than not to have any jobs at all.

If the generalization of the risks of modernization triggers a social dynamic that cannot be encompassed and conceived only in terms of social classes, likewise the universalization of risks can no longer be conceived solely in national terms. And more importantly, the confrontation of high risks on a global scale cannot be conceived on an exclusively national scale. Faced with a common enemy, it is necessary for everyone to unite and momentarily put their different and sometimes contradictory national interests in the background to face it.

By stating that humanity is currently in an era of great development, profound transformations, and dramatic changes, President Xi Jinping draws attention precisely to the advent of the “risk society,” that is, a new phase in human history, in which, as he says, humanity is faced with a myriad of challenges and unknown risks. Long before the onset of the Covid-19 pandemic in January 2019, President Xi warned of the occurrence of “grey rhinos,” that is, high-impact events that would undoubtedly occur even if we didn’t know exactly when this could happen.

By highlighting the need and proposing to build a Community with a shared future for humanity, President Xi demonstrates a perfect knowledge not only of the significant risks and challenges facing humanity in this new era but also of the only possible path to avoid that these threats with dire consequences for the world do not materialize: the abandonment of policies of hegemony and balance of power in favor of building a new cosmopolitan order in which, as Professor Zhao Tingyang says, “We must go above and beyond the nation-state as a horizon of understanding world politics. We need to take the world as a measure for defining political order and political legitimacy”.

As President Xi has stated, we are in an era of multiple and growing challenges and risks in which countries are connected and dependent on each other to an extent never before experienced. It is a world, says Xi, where humanity continues to face many problems and challenges, and because of this, all countries need to see themselves as passengers in the same boat and, therefore, should work together to build a new type of international relations in that cooperation and the pursuit of common benefit are central.

Of course, this is not to say that national goals should be abandoned or even put on the back burner. As President Xi states, we must commit to the principle that all countries are equal regardless of size, strength, and wealth. The autonomy of each people to choose their path of development must be respected, interference in the internal affairs of each country must be rejected, and equity and justice must be preserved. 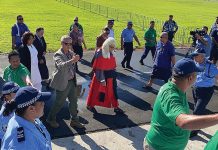 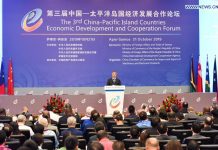 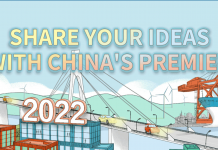 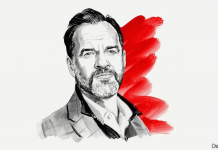 Niall Ferguson on why the end of America’s empire won’t be...