China’s Belt and Road Initiative – a $1 trillion global infrastructure program – provides financing and construction to countries hungry for foreign capital while also stoking concern about governance and sustainability among some world leaders. But as Chinese infrastructure investment transforms countries, neighborhoods and even backyards around the world, what does it do to everyday people’s views toward China?

A new Pew Research Center analysis uses geospatial research techniques to assess the relationship between Nigerians’ distance to a major Chinese investment in their country – in this case, a segment of the Lagos-Kano Standard Gauge Railway – and their views toward China. The analysis finds that during the railway’s construction period, Nigerians living near the railway were less likely than those farther away to express a favorable view of China. However, approval of China among those nearby rebounded to levels more in line with other Nigerians after the railway’s completion.
How we did this

During 2014 and 2015, when construction of the railway was in progress, an average of 62% of Nigerians living within 150 kilometers (93 miles) of the project expressed a positive view toward China. That share increased to an average of 71% across the four years after the project’s completion in 2016.

Among Nigerians living farther away from the railway project, by comparison, views toward China fluctuated over the study period. Among these Nigerians, the share with a positive view reached 72% in 2017, fell to 60% in 2018 and then rose again to 67% in 2019.

To conduct this analysis, researchers “pooled” data across multiple years because the number of respondents living within 150 kilometers of the railway was not large enough to analyze in any one year.

The relationship between Nigerians’ distance to the project and their approval of China remained strong even after controlling for factors including respondents’ age, ethnicity, region, religion, education level and the year of the survey, although unobserved factors like domestic migration could have contributed to the trend.

The Center chose to analyze this particular investment because the Lagos-Kano Standard Gauge Railway was confined to a relatively small geographic area during the study period – and because railroad infrastructure accounted for a majority of Belt and Road construction expenditures in Nigeria between 2013 and 2019, according to the American Enterprise Institute’s China Investment Tracker. The segment analyzed in this study broke ground in 2013 and was completed in 2016, several months before our 2016 survey was fielded. A segment under construction near Lagos was not included because it broke ground in 2017 and has been delayed multiple times since.

There are several important caveats to keep in mind in interpreting these findings. First, a wide variety of factors impact Nigerian public opinion toward China, not all of which can be included in an analysis like this. And the design of the study makes it impossible to say whether public opinion shifted because of the railway itself or for some other reason.

The Center’s 2019 survey found that sizable majorities of Nigerians expressed positive views toward China on a variety of economic issues: 83% said China’s growing economy is a good thing for their country, while a comparable share (82%) said Chinese investment is a good thing because it creates jobs in their country. In both cases, these shares were the highest out of the 11 emerging economies surveyed by the Center in 2019.

While Nigerians who live close to the Chinese railway project expressed more positive attitudes toward China after the project was completed, there was no consistent relationship between people’s distance to the project and other China-related questions in the Center’s survey, such as views toward China’s growing economy, its increasingly powerful military or Chinese President Xi Jinping.

Note: Here is the methodology for this analysis.

The World Bank In Pacific Islands 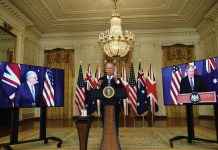 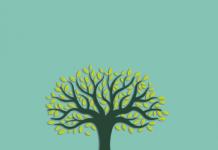 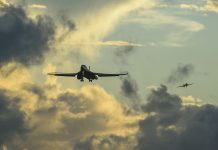 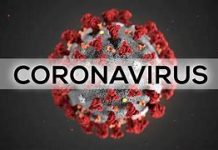 ‘Stealth War’: How the US Can Counter China’s Takeover Attempts