Editor’s Note: The United States has repeatedly called on the World Trade Organization to cancel China’s and some other members’ developing country status and the special and differential treatments that come with it. Does the US’ demand serve the WTO’s interests and goals, and how should the organization’s reform be carried out? Two experts share their views on the issue with China Daily’s Liu Jianna. Excerpts follow:

Despite the large size of its economy and remarkable GDP growth, China remains the largest developing economy. Even though there are no WTO definitions of “developed” and “developing” countries, compared with China, people in developed countries enjoy higher living standards. Besides, China still has to lift millions of people out of poverty, especially in its central and western regions.

The Chinese economy’s staggering aggregate and growing contributions to global growth tend to mask its extremely unbalanced development and widening gaps between the rich and the poor. That’s why before determining whether a country is developed or not－and to present a comprehensive picture of its economy－the entire gamut of the country’s economic data, including its aggregate and per capita GDP, should be taken into consideration.

That China and the European Union, two staunch supporters of multilateralism and free trade, reaffirmed their commitment at the China-EU Summit in Brussels on Tuesday to cooperate on WTO reform, in order to ensure its continued relevance and allow it to meet the global trade challenges is encouraging. The consensus reached between the two sides will help carry the WTO reform forward.

Indeed, Premier Li Keqiang, who led China’s negotiations at the Brussels summit, has pledged to intensify discussions on the rules concerning industrial subsidies, a priority for the WTO reform for the EU. This is being seen as a breakthrough by the EU side.

In fact, almost all countries provide subsidies for domestic companies in certain sectors, and in most cases, China has given subsidies to Chinese companies in strict accordance with WTO rules as its ultimate goal is to achieve complete marketization. Yet intensifying discussions on industrial subsidies and other sensitive issues, including intellectual property rights protection, is a step that must be taken to not only address WTO members’ concerns, but also invigorate the organization and the global trading system.

Chen Fengying, a senior researcher in world economy at the China Institutes of Contemporary International Relations

The Office of the United States Trade Representative seems to have made driving the WTO reform its priority so that Washington can claim the discourse rights in global trade mechanisms and lead the process for making new trade rules and establishing a new global trading system.

The US’ move poses a challenge to the WTO and its basic principles including that of the most favored nation and national treatment. If the US gets its way and introduces the “American First” policy to the WTO as part of the reform, the WTO system would suffer a deadly blow.

It is imperative therefore that the WTO reform strengthens its dispute settlement mechanism, which is at the heart of the multilateral trade system, to overcome its existential crisis. Besides, the principle of starting the reform from the least complicated areas should be adopted to carry out deep and far-reaching WTO reforms so that it can accommodate the new trends in international trade.

And, as James Carafano, director of foreign policy studies at the Washington-based Heritage Foundation, said, only China and the US together can lead the WTO reform forward, which could also become the new driving force of bilateral cooperation and another stabilizing factor in bilateral ties.

The views do not necessarily reflect those of China Daily. 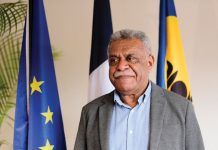 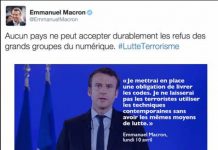 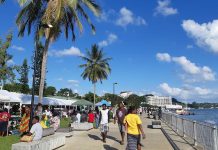 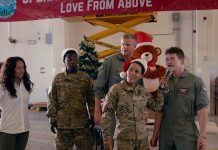