Amid shifting geopolitical tides, the race is on to choose a new secretary general for the PIF.

In August 2014, the prime ministers of the Solomon Islands and Papua New Guinea walked together under the trees on the island of Peleliu, in the Micronesian nation of Palau. The topic of discussion: Who would serve as the next secretary general of the Pacific Islands Forum?

The issue was high on the agenda as presidents and prime ministers from around the region gathered in Palau for the 45th Pacific Islands Forum. Then-Prime Minister Gordon Darcy Lilo was backing Dr. Jimmie Rodgers as the Solomon Islands’ candidate, while his PNG counterpart Peter O’Neill championed Dame Meg Taylor, a former PNG ambassador to the United States and World Bank official.

By the end of the leader’s retreat on Peleliu, Forum leaders appointed Taylor to the post, the first woman to lead the 18-member organization. Today, as Taylor nears the end of two terms of office, the contest for her replacement is underway.

Five Micronesian nations have proposed Gerald Zackios of the Marshall Islands as a joint candidate to replace Taylor, but there are four other contenders from the Solomon Islands, Cook Islands, Fiji, and Tonga. The race is on.

Leading the Pacific Islands Forum Secretariat in Suva, Fiji, the secretary general plays multiple roles, as diplomat, manager, and enforcer. It’s a crucial diplomatic role to coordinate policy, liaise with other regional agencies, and forge consensus among the organization’s diverse membership – from Australia with a population of 25 million to Niue, with just 1,200 people.

The appointment of a new secretary general comes at a time of increasingly complex geopolitical shifts, with long-established regional powers – the United States, China, Japan, France, and Britain – now jostling for influence with new players, such as India, South Korea, and Indonesia. Within the United Nations, the Pacific Small Islands Developing States (PSIDS) group seek to advance the regional agenda, even as island governments are coping with U.S.-China tensions, the COVID-19 pandemic, and the adverse effects of climate change. In the face of these global challenges, the Forum is a crucial mechanism to forge a regional response.

In the past, the choice of secretary general followed a series of unwritten conventions. In the 1980s and 1990s, the Forum’s top job was held by a Pacific Islander, with his deputy usually coming from Australia or New Zealand.

However, in the aftermath of the 2000 coup in Fiji and the 2003 RAMSI intervention in Solomon Islands, Australian Prime Minister John Howard breached this convention by nominating diplomat Greg Urwin as secretary general. After extensive Australian lobbying, Urwin won the job in 2004 and served in Suva until ill health forced his resignation in 2008.

Another unwritten rule is that the Forum leadership should rotate through the three subregions of Polynesia, Melanesia, and Micronesia. This reflects the growing activity of subregional organizations including the Melanesian Spearhead Group, the Polynesian Leaders Group, and the Micronesian Presidents’ summit.

Today, there is a strong sentiment in the Micronesian islands that it’s their turn, given the past two secretary generals came from Melanesia and Polynesia (PNG’s Meg Taylor was preceded by Tuiloma Neroni Slade of Samoa, a former justice at the International Criminal Court, who served from 2008 until 2014).

In September 2019, five Micronesian presidents met in New York, on the sidelines of the U.N. General Assembly: Taneti Maamau of Kiribati; Lionel Aingimea of Nauru; Tommy Remengesau Jr. of the Republic of Palau; David Panuelo of the Federated States of Micronesia; and Hilda C. Heine of the Republic of the Marshall Islands (RMI).

The five leaders unanimously agreed to nominate Gerald Zackios to the post. Zakios currently serves as the RMI permanent representative to the United Nations, but has previously held a number of ministerial positions, including RMI minister of foreign affairs, attorney general, and chief negotiator for the RMI’s Compact of Free Association with the United States.

In their letter nominating Zackios to the current Forum chair, Prime Minister Kausea Natano of Tuvalu, the Micronesian leaders stressed: “We emphasize our regional understanding that it is the Micronesia sub-region’s turn in rotation to submit a candidate to be the next Secretary General.”

In June, President Remengesau of Palau reaffirmed this message: “Pursuant to this gentlemen’s agreement, it is Micronesia’s turn to nominate the PIF Secretary-General. With so many Secretary-General nominations being made from outside Micronesia, the PIF Secretariat may need to clarify the current state of this agreement… A Micronesian SG would show that the Micronesian sub-region matters to PIF. Losing out on our turn would, unfortunately, send the opposite message.”

Despite this united push from the Micronesian states, four other candidates have thrown their hat into the ring.

Dr. Jimmie Rodgers is currently a key adviser to the Solomon Islands’ prime minister. A medical doctor and former secretary of health in the Solomon Islands, Rodgers later served as director general of the Pacific Community (SPC) – the main inter-governmental technical organization in the region. He was an unsuccessful candidate for the Forum’s top job in 2014.

Outgoing Prime Minister of the Cook Islands Henry Puna is another contender. The leader of the Cook Islands Party was elected to parliament in 2005 and returned as prime minister in November 2010. After nearly a decade at the helm, the veteran politician announced his resignation in June to seek the secretary general role.

Amelia Kinahoi Siamomua of the Kingdom of Tonga is a development economist, working as head of the gender section at the Commonwealth secretariat. She has previously worked with the SPC, Asian Development Bank, UNDP, and UNIFEM in the Pacific. The choice of candidate is usually done behind closed doors, but Siamomua has been actively promoting her cause, with a website, media appearances, and social media posts: “If selected, what kind of SG would I be? Strategic, Supportive, Solution-oriented, Servant leader.”

Coming late to the party is Fiji’s endorsed candidate, Ratu Inoke Kubuabola. He has been a controversial figure in Fijian politics since the 1987 coups, and over 30 years has been a minister in several elected and unelected governments. Kubuabola has also served Fiji as a regional diplomat as high commissioner to Papua New Guinea from 2002 to 2005 and ambassador to Japan and Korea in 2006. As minister for foreign affairs and national security, he represented Fiji at Forum meetings after the country returned to parliamentary rule in 2014.

By convention, the process of choosing a secretary general is coordinated by the Forum chair, currently Tuvalu Prime Minister Kausea Natano. This year, however, the coronavirus pandemic has forced the postponement of the annual leaders meeting, which was scheduled to be held in Vanuatu in August. There has been debate over whether to postpone the Forum until a face to face meeting can be safely held next year, but leaders are now considering a virtual teleconference in October.

The new secretary general will face a difficult task. After closing their borders to restrict the spread of COVID-19, many island governments have looked inwards to bolster health services and address the loss of tourism revenues and remittances from the diaspora communities of the Pacific Rim. In response, the Forum has developed a Pacific Humanitarian Pathway to obtain essential medical supplies and equipment. Governments are now looking toward regional economic coordination and business recovery, as the ongoing climate emergency adds to the current burden of health protection, increased transport costs and job loss.

Dame Meg Taylor declined to comment on her successor, but confirmed that her work continues: “I have a job to do and I’m going to do it right up until the last day which is the 15th of January.”

Nic Maclellan works as a journalist and researcher in the Pacific islands. He is a correspondent for Islands Business magazine (Fiji) and has written and broadcast for Pacnews, Radio Australia, Inside Story and other regional media. He was recently awarded the 2020 Sean Dorney Grant for Pacific Journalism by the Walkley Foundation. 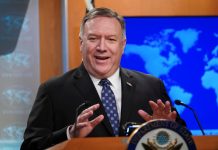 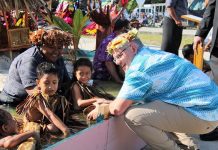 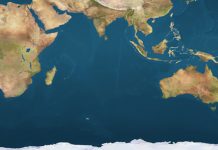