Pope Francis has reportedly approved a two-year renewal of the deal on the appointment of bishops vetted by the Vatican.

The Vatican and China are preparing to renew a historic deal on the appointment of bishops that has slightly thawed icy relations, but has angered the United States.

Pope Francis has given the go-ahead for the renewal of the agreement, which is still in “experimental” mode, for another two years, AFP news agency reported on Tuesday.

The extension is expected to be signed next month, according to a source close to the matter.

Pope Francis has been working hard to repair ties with the Communist country, but his overtures have come into conflict with US President Donald Trump’s efforts to push on a religious freedom theme against China in his campaign for a second term.

US Secretary of State Mike Pompeo went on the offensive last week in an article in US religious magazine First Things, slamming the “horrific treatment” of believers of all faiths in China.

He wrote that many countries had expressed “revulsion” at the “regime’s accelerating violations of human rights”.

“The Vatican endangers its moral authority, should it renew the deal”, he added on Twitter.

China’s roughly 12 million Catholics have for decades been split between a government-run association, whose clergy are chosen by the atheist Communist Party, and an unofficial underground church loyal to the Vatican.

The latter recognises the pope’s authority and is often persecuted for it.

After years of slow negotiations, the Vatican sealed a historical “provisional” agreement with Beijing on 22 September 2018.

The exact content has never been published, but the key point was that both Beijing and the Vatican were given a say in appointing Catholic bishops in China.

Secretary Pompeo@SecPompeoUS government accountTwo years ago, the Holy See reached an agreement with the Chinese Communist Party, hoping to help China’s Catholics. Yet the CCP’s abuse of the faithful has only gotten worse. The Vatican endangers its moral authority, should it renew the deal.China’s Catholics and the Church’s Moral Witness | Michael R. PompeoIf the Chinese Communist Party manages to bring the Catholic Church and other religious communities to heel, regimes that disdain human rights will be emboldened.firstthings.com

Francis immediately recognised eight Chinese bishops who had been appointed by Beijing without his approval.

Since then, two new bishops have been appointed in China, with a nod from the head of the world’s 1.3 billion Catholics.

And in a historic step earlier this year, Chinese and Vatican foreign affairs ministers met publicly at an international event for the first time in 70 years.

Thorny issues, such as Chinese Catholic priests suddenly disappearing from their parishes for weeks “at the invitation” of the authorities, are in the meantime being raised with Beijing by Vatican diplomats, the source said.

One of the Catholic Church’s leading experts on Chinese affairs, Father Bernardo Cervellera, told religious news site Cruxnow.com earlier this month that the deal may have drawn much fanfare but had so far borne “very little fruit”.

And he voiced his hope that the Vatican, in renewing the agreement, would be tougher on China.

Diplomatic relations between Beijing and the Holy See broke down in 1951, two years after the communists came to power.

Efforts to re-establish ties were hampered by the Vatican’s decision to maintain diplomatic relations with Taiwan. The self-ruled island, with a population of 23 million, is considered part of its territory by Beijing.

The Vatican is Taiwan’s only diplomatic partner in Europe and Cervellera said he feared China would demand that formal ties be cut.

A spokesman for China’s foreign ministry said on Thursday that the interim deal with the Vatican had been “implemented successfully”, and there had been an increase in “mutual trust and consensus”.

Pope Francis’s right-hand man, Cardinal Pietro Parolin, said in mid-September that the Catholic Church’s “current interest with China is to normalise the life of the church as much as possible”.

He admitted the results so far had “not been particularly striking”.

Biden should consider downsides of stressing national values in Indo-Pacific 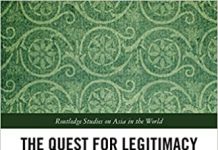 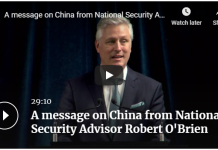 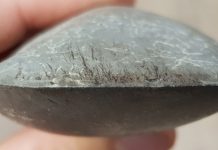 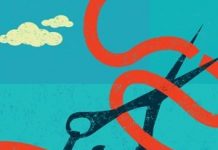