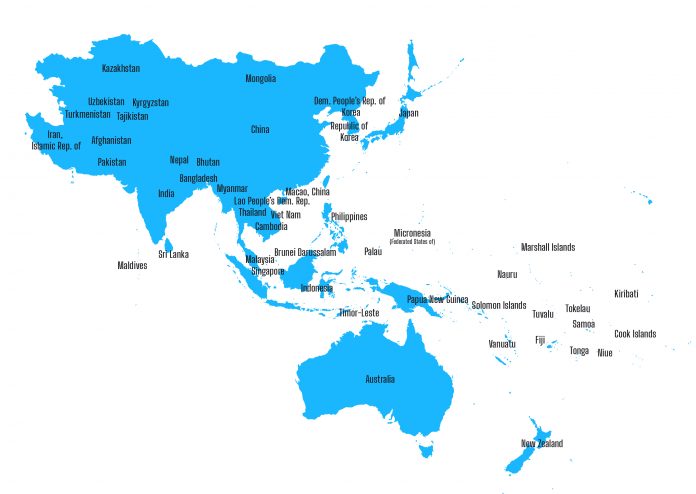 Asia-Pacific region expands over a vast geographical area. As the name indicates, this area encapsulates the states largely contiguous to the western Pacific region. Although the definition of Asia-Pacific region is contested and a consensus is not found, most academicians have included area stretching vertically from Mongolia in the north to New Zealand in the south and horizontally, from Pakistan in the west to the island states of Oceania in the east, in the Asia Pacific region. The region spans over approximately 22% of global land.

This region accounts for more than 50% of global economy. It hosts some of the busiest straits like Malacca, Sunda and Lombok. The region’s characteristic of being the fastest growing region has attracted attention of all major powers and have become a hot zone for major power competition, especially the big three i.e. USA, China and Russia.

France, another major power, had relatively been less involved in the region since the Second World War, however the rising economic significance of Asia-Pacific and thereby its territories in the region has brought France onto the competitive chess board, where each state is trying to secure as much as is possible.

Unlike the 20th century, where most of the world’s attention was towards Europe and America, the 21st century has proven to be an important century for the Asia Pacific region where we see the new emerging economies. The economic center has shifted from America and Europe to the emerging Asian states like China, and India which attracts USA to the region for multiple reasons. As a global hegemon, USA has always tried to control or at least influence the most important geo strategic areas of the world, and Asia Pacific gives a clear reason to USA to intervene in the region for its interests.

The major focus of USA is to curb the rise of any power that can be a threat to USA in future. In the Asia Pacific, China and North Korea remain a major threat to USA in various regional as well as International affairs. USA is also concerned about China’s support for the North Koreas rogue regime in the region. USA best tries to tackle China in the region but the economic interdependence of states on China will most probably leave USA alone in the effort. China has the best market all over the world and containment of such large market is not only difficult, but almost impossible.  Even most of the European states will not support USA in the containment of China since they know the consequences. These emerging markets serve as a wonderful opportunity for Europe and there are chances that Europe would prefer to be China’s partner instead of being its competitor.

USA already has deployed its naval fleet in all the International waters, 7th fleet being deployed in the Asia-Pacific region. Maintaining an influence in the region is also significant because of the fact that the region includes two major oceans, i.e. Indian Ocean and the Pacific Ocean, so it plays an important role in commerce and trade through seas. Trump administration aims to deploy more missiles in the Asia-Pacific region. USA tried to engage India in various dialogues to make India become its partner in curbing the China’s rise, but unfortunately, India realizes that there are some issues which cannot be solved without mutual cooperation and consensus of the regional powers. Therefore, India, instead of siding itself with USA, has been trying to cooperate with China on many issues. But, in the recent Sino-Indian Ladakh stand-off, India was successful in making many states including USA to side with it, leaving China almost alone internationally. Mike Pompeo also inculpated China for showing aggression in various parts of the world. USA also has increased the presence of its naval forces in the region, giving China and the rest of the world a strong signal about its naval hegemony. To assert pressure on its competitor, USA currently has deployed 3 aircraft carriers in the Pacific Ocean.

As far as North Korea is concerned, there seems no improvement in the relations of both the states. Trump administration has been trying to bring NK to the negotiation table but the last meeting, held in Vietnam in 2019 failed and had no desirable outcome. As of July 29th, 2020, North Korea showed no interest in continuing the peace talks with the USA and is carrying on the nuclear program because it believes that it’s necessary to prevent any war in the region. Despite the strict sanctions and their even worse impacts because of the pandemic, NK is not considering the option of negotiating things with USA.

As Asia-Pacific region has become a hotbed for major power competition, France is no exception to the trend. The noticeable presence of France in Asia-pacific region has been as old as the colonial times, however post-second world war era is marked by a relative French dormancy in the region. Paris has pursued a significant revitalization in the region, particularly as the 21st century proceeds.

Paris favors a multipolar, free, stable and multilateral system, based on rule of law to ensure stability. Its major interests in Asia-Pacific involve protection of sovereign interests, French nationals residing in the region, territories and Exclusive Economic zones; promotion of regional stability through military and security cooperation; preservation of free and secure access to sea lines of communications; leveraging multilateral means for promotion of strategic stability; and cooperation to mitigate climate related issues in the region.

French strategy is based on the understanding that interstate competition in international arena cannot be stopped and one must board the same train as the topmost if it wishes to keep the pace equal. In the case of Asia-pacific, however, Paris is not on the same train as the big three i.e. US, China and Russia.

The most important factor that brings France to Asia-Pacific is its territorial possessions in the Pacific, including New Caledonia, French Polynesia and Wallis & Futuna, and therefore a vast Exclusive Economic Zone (EEZ), which makes her an important player in the region. Her involvement in the region has increased in the recent times, especially a bolder foreign policy has been observed under Emmanuel Macron’s regime.

French foreign policy in Asia-pacific is determined by two sets of inclinations. The first set comprises energy, telecommunication, automobile and wheat that inclines favorable policy towards states like China, while the second set comprise high technology industries, electronics, space and armaments that demand favorable policy towards states like Taiwan, South Korea and ASEAN nations, etc. These competing sets make her foreign policy inconsistent, as is illustrated by 1993 French trade of armaments with Taiwan amidst one-China policy, thereby alienating China.

The inconsistency of policy is also evident in arms sale, where frequent shift of inclinations has been observed owing to short-term opportunities in the market, as is visible in the case of Pakistan and India.

French foreign policy in Asia-Pacific is more aligned with the Quad nations that pursue an anti-China rhetoric. Despite the existence of cultural and economic ties and high trade volume, along with heavy Chinese tourism in France, Paris remains skeptical of Chinese political exceptionalism and its ambitions especially in Africa. Issues of Intellectual Property Rights and trade deficit are other areas of French concerns related to China. Conclusively, France takes a bumpy ride when it comes to China, sometimes accepting; other times criticizing.

Another noticeable French policy trend in Asia-Pacific is the rise in military and defense agreements and negotiations. India, for instance, has signed a Joint Action Plan on Indian Ocean with France, whereby the states will collaborate for better maritime environment using space assets and sharing intelligence. India had also pledged to buy 126 Rafale fighter jets from France, of which three dozen have been bought. Franco-Indian cooperation also span over other domains like space, civil nuclear use, clean energy, and urbanization etc.

France has also widened its defense and strategic partnership with Vietnam. The buildup of ties between a former colony and France accelerated in the past few years. The initial steps included Defence Cooperation Agreement 2009, followed by signature of strategic partnership in 2013; commencement of New Defense Policy Dialogue 2016 and later 2018. A Joint Vision Statement on defence cooperation was signed between the two countries that will last till 2028. Cyberspace, information exchange and people-to-people interaction are other areas of cooperation between Paris and Hanoi. An agreement to solve legacy issues related to Indochina war was also made.

Another defence deal was signed between France and Australia, whereby the later pledged to buy a dozen of French submarines at the cost of 50 billion Australian Dollars.

Japan, a Quad state, in cooperation with France, unveiled a 5 year road-map that was to be built to enhance cooperation in domains ranging from maritime cooperation to infrastructure assistance. This project has been unveiled essentially at a point when tensions in South China Sea are burning up.

Russia presents yet another major player of the Asia-Pacific region however, Franco-Russian ties could not convene partly because of Russo-phobia and partly because of Sino-Russian ties. The relations started to build around defence equipment trade, when France made a deal with Russia to sell amphibious assault ships, it was however scraped later due to Ukrainian crisis in 2014. The French President, Emmanuel Macron made endeavors in the last NATO summit to convince US president, Donald Trump and other allies to redirect the NATO policy, asserting that the Cold War was over and Russia was no longer an enemy. France also played a role in Georgia-Russia crisis and Ukraine-Russia crisis, however constructive engagement in essentially all domains is yet neither achieved, nor planned.

The upcoming decade will see increment of French involvement in Asia-Pacific region, as Paris advances its cooperation with the partner states and build new partnerships with other states in the region.

As the economic and strategic essentiality of Asia-Pacific region deepens, so does the interests of international competitors in the region. The race of states to seek partnerships with the regional states, rooted in the desire to increase influence in the region, has turned it into a hotbed for strategic and economic competition between the major powers. The major power competition in the region is not limited to trade and economic domain, but has increasingly shifted to military and defense domain, especially in the last decade. The rising tensions, particularly those between China and US in the South China Sea, makes it a potential conflict zone, however an all-out war between the major powers seems inconceivable because of extensive economic interdependence. France, as of late 20th century and the present century, is also expanding its footprint in the Asia-pacific region owing to intertwinement of its interests with this region’s development.

As the time proceeds, French and American presence in the region is expected to increase owing to incremental economic rise of the region vis a vis other regions around the world. 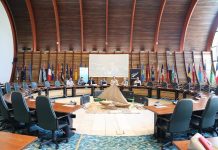 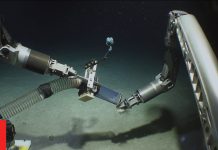 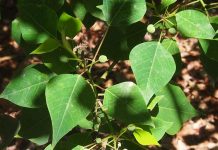