Australian producers will gain hundreds of millions of dollars in new sales with tariffs on beef, dairy products, car parts and toiletries to be reduced or eliminated when a Pacific islands free trade deal comes into force in December.

The Pacific Agreement on Closer Economic Relations Plus, or PACER Plus, will start after the Cook Islands became the eighth signatory to formally ratify the deal this week.

Government ministers said PACER Plus would boost trade opportunities across the region and was a sign of Australia’s commitment to the Pacific.

“This trade deal will play a crucial role in the success of our region and will see benefits flow to communities, farmers, fishers, businesses and investors,” Australian Trade Minister Simon Birmingham said.

“With PACER Plus now a reality, we look forward to working with countries and businesses in the Pacific and across Australia to help them make the most of new opportunities.

“The closer ties created by this agreement will also play a valuable role in supporting the region and our Pacific island partners to recover from the impacts of COVID-19, contributing to an economically stronger and more secure region.”

Under the agreement, some of the Australian exports that will have tariffs reduced or removed include wine, computer parts, engine parts and toiletries to the Cook Islands; dairy products, medicaments, gold coin and offal to Samoa; and beef, sheep and poultry meat, agricultural chemicals and insecticides, sugar and engine parts to Tonga.

Australia’s 5 per cent tariff on soaps, skincare creams and lotions made from coconut oil in Pacific island countries will be eliminated.

Australia, Cook Islands, Kiribati, Niue, Samoa, Solomon Islands, Tonga and New Zealand have ratified PACER Plus while Nauru, Tuvalu and Vanuatu are yet to do so.

While negotiations for the trade deal predated Australia’s Pacific Step Up, the agreement is a significant boost for Canberra’s efforts to deepen ties in the region, amid a contest with China for strategic influence.

The government will provide $19 million (US$13 million) to members to help them implement the agreement. 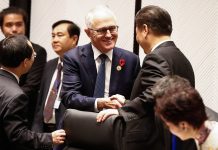 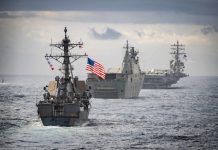 De-classified US strategy document on the Indo-Pacific 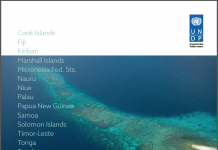 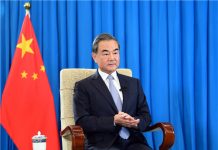