The Pentagon spends millions helping Hollywood movies that portray the US military favorably. But now it’s into Xmas ROM-COMS?

By Tom Secker, a British-based investigative journalist, author and podcaster. You can follow his work via his Spy Culture site and his podcast ClandesTime.

The remarkably similar ‘Operation Christmas Drop’ is, in part, the result of the Pentagon recognizing the importance of streaming services such as Netflix in increasing the range of its Hollywood office’s efforts. In an interview earlier this year, the Pentagon’s Branch Chief for Entertainment Media, Lieutenant Colonel Glen Roberts, paid tribute to his predecessor’s work in expanding the scope of the office, saying, “Dave Evans did a fantastic job coming in after Phil [Strub] and cracking the code on working with many different studios and kind of bringing us up to date on social media and the new venues for entertainment media.”

Just like ‘USS Christmas’, Netflix’s seasonal offering is a story about a young woman who falls in love with a military officer who wouldn’t look out of place on a Nazi propaganda poster, against a backdrop of Yuletide activity that makes the military look as cuddly as an open fire.  READ MOREIn the Pentagon and China’s propaganda wars, greedy Hollywood is a happy helper for both – the people and art are the victims

The title comes from a real military operation to provide Micronesian islanders with basic foods, tools, equipment, and medical supplies, using air drops out of the aforementioned Andersen Air Force Base. The Christmas Drop has taken place every year since the 1950s, and is the longest-running DOD operation, and the oldest humanitarian aid drop in the world. So far, so Santa Claus.

While the PR value of a film honing in on this operation is obvious, the air drops alone do not make for an engaging story. But don’t worry – a congresswoman in a Clintonesque blue pants suit wants to close the base, because they’re wasting all this money on colonized indigenous types, so she sends her legislative aide out to Guam to conduct a full audit. The general in charge of the base gets wind of this, so he orders his most silver-tongued, two-faced captain to give the aide a full tour. The captain sets about convincing the aide that they aren’t wasting taxpayers’ money on humanitarianism, and are solely there to maintain the American empire.  Along the way, the dialogue is peppered with lines that were likely inserted by the Air Force’s Hollywood office, including a reference to Space Operations – a PR priority for the US military.

The entire premise of ‘Operation Christmas Drop’ is absurd – the Pentagon would never close a base on the westernmost border of US territory. Guam was colonized by the Spanish empire in the 1660s, and was seized by the US during the Spanish-American war. The base’s geostrategic value on the fringes of East Asia makes it a vital square on the chessboard, especially in any potential confrontation with China.

As the film wears on, it emerges that the congresswoman only wants to close the base because the alternative is closing one in her own district. The dual messages are clear: first, any notion of scaling back the DOD’s presence across the world is just a cynical political move, and has nothing to do with excessive expenditure or neo-colonialism. Second, if only the DOD could operate unencumbered by the machinations of elected politicians – indeed, if we could just get rid of democracy – everything would be fine.

The only perspectives offered by the characters in this film are either that helping some of the poorest people in the world is a bad use of public resources, or that thinking about closing US military bases overseas is a moronic consequence of representative democracy.

Weaponizing the spirit of Christmas

It’s difficult to say which of these films is worse, either as a piece of entertainment or as a propaganda exercise. ‘Operation Christmas Drop’ equates generosity with keeping military bases open and weaponizing the spirit of Christmas for militaristic ends, while simultaneously reassuring the audience that no taxpayers’ money is going to help these indigenous people, thus maintaining colonial prejudices.

Meanwhile, in ‘USS Christmas’, the moral of the story is that, if you’re a young lady looking for love, then sign up to the US Navy – though you will have to put up with men suggesting you want to have sex with your own father.

Hollywood, with considerable help from the Pentagon, has given us a choice between the devil and the deep blue sea. 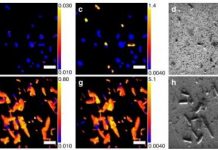 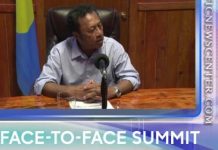 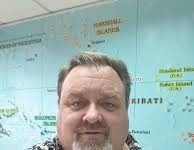 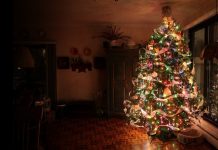