“My advice to him is to stay neutral,” La’auli told the Samoa Observer after his opinion was sought following an open letter from Tupa’i to the party leader.

“Stay out of Samoa’s politics. Do not let the H.R.P.P. (Human Rights Protection Party) use him as a campaign tool.

This follows a letter that was printed in the Sunday Observer by Tupa’i, in response to “black magic jabs” from La’auli.

The comments from La’auli were made in response to claims by Tuilaepa that he “forcefully” ejected Tupa’i and the Magic Circus of Samoa from land at Salelologa.

According to La’auli, they had asked Tupa’i and his team to move out of Salelologa as they did not ask for permission to set up there.

“Samoa, I’ve seen some of his shows and some of the magic and witchcraft he does are inappropriate,” he said.

“It promotes violence and some of the acts are not good for the children. In the other act I have seen on youtube, Tupa’i puts a handkerchief on a woman’s chest and then pulled out the woman’s bra. That was very unfitting and disrespectful.

“That is why I believe this show should not continue because the children are in the audience with their parents.

“Another inappropriate act is the knife-throwing act and when they stab a person’s neck with a small knife and get through to the other side.

“Those are not the type of acts they should be doing in front of the children.

“Those are what you call demonic and evil.”

“If it was a show that is educational for the children, I would’ve supported the show. But I have seen how it is done, Samoa, it’s very inappropriate and should be stopped.”

But he did not stop there.

However, Tupa’i rejected the claims by La’auli in a letter that has been shared by over 700 people on Facebook, since the Ringmaster has posted his letter in full on his Facebook account.

“With all due respect, everything you have said is FALSE,” Tupa’i wrote. 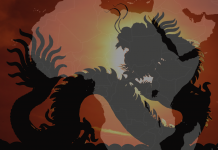 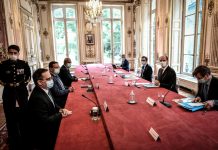 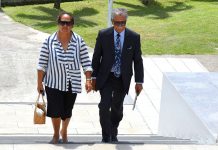