“HRPP will take up the role of being the opposition, and will go to the all ends in opposing you five hundred per cent all the time.”

Hon Tuilaepa gave a flash back summary of Samoa as the first Pacific nation to attain Independence through the fight for freedom by forefathers and leaders of the day.

Tuilaepa highlighted Samoa’s development under the HRPP-led government since 1982 and paid tribute to former Prime Ministers and founders of HRPP; the late Hon Va’ai Kolone and Hon Tofilau Eti Alesana.

The outgoing Prime Minister said the 40 years of HRPP rule had established a Samoa known for peace, stability, and economic prosperity.

“Samoa has advanced the provision of education for our children as well as the development of health services through qualified doctors. Samoa has also developed all infrastructural services to remote areas including roads to access farming.”

Tuilaepa pointed to the seasonal work programme and advances in technology that have allowed families overseas to connect with Samoa.

He also highlighted initiatives such as the pension for the elderly that is distributed by SNPF each month.

Tuilaepa did not skip over the opportunity to speak about the Court of Appeal decision that has led to the end of the political crisis, and declared his Caretaker Government no longer in power. He mentions again the tent swearing-in, “conducted by Latu Law,” he added.

The Court of Appeal declared the Head of State’s role as being a ceremonial one, and therefore found that in his deliberate absence, Matafeo George Latu as a Notary Public, could legally satisfy the requirements of the Constitution to swear in the FAST government.

He goes on to say that the Constitution of Samoa has been destroyed (matuā talepe le faavae) and again reiterates the powers of the Head of State.

Under the HRPP government, many of the Head of State’s powers had been diluted including the removal of His Highness (“Ao Mamalu o le Malo”)  replacing it with just, “O le Ao o le Malo”.

In giving his well wishes to the FAST party for taking over as the new government, Tuilaepa said all HRPP MP’s would be committed to attending Parliament.

“We (HRPP MP’s) will attend the Fono session without fail, and perform our duties with honesty,” said Tuilaepa, “just like what the Judiciary should do, to interpret all orders from Parliament justly,” Tuilaepa added.

He concluded by reminding all Faipules of Parliament about their oaths to serve their respective constituencies with honesty. 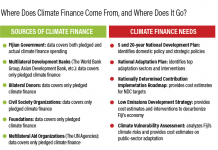 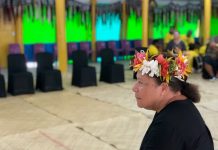 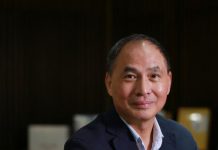 The actual influence of U.S. “Summit for Democracy” is limited 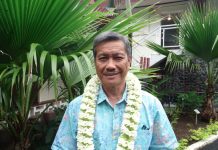