A lobby group concerned about a major trade deal New Zealand signed this evening says the Covid-19 pandemic provides a strong reason why such agreements should be ditched.

It’s the world’s largest free trade agreement, has been eight years in the making and came into fruition today via a virtual summit hosted in Hanoi, Vietnam.

The agreement encompasses Japan, China, South Korea, the 10 members of the Association of Southeast Asian Nations (ASEAN), Australia and New Zealand, creating a free trade zone, which covers nearly a third of the world’s trade and economic output.

Leaders from all 15 countries watched via video as Ministers signed the deal: from Auckland, Trade Minister Damien O’Connor signed for New Zealand.

Speaking afterwards, he told reporters it would bring security and certainty to exporters.

“This will mean an extra $2 billion that will come to New Zealand once the deal is ratified so huge potential.”

He singled out the education sector and the primary industry sector, particularly meat, as among the main ones to benefit.

One of the aims in coming years is to progressively lower tariffs across many areas.

The pact will take effect once enough participating countries ratify the agreement domestically within the next two years.

A major power, India pulled out last year, claiming its key concerns about agriculture and domestic industry were not being addressed.

Beef and Lamb NZ and the Meat Industry Association have welcomed the sealing of the deal.

Beef and Lamb’s chief executive, Sam McIvor, said it will help to deepen cooperation and strengthen trade in the region.

He said it’s disappointing, though, that India is not joining, and he hopes it will eventually come on board.

A fast-track process for India’s accession has been established, should it wish to join RCEP in the future.

The Ministry of Foreign Affairs and Trade said RCEP remains a potential gamechanger for trade in the Asia-Pacific region.

Amid questions over the US’s engagement in Asia, RCEP may cement China’s position more firmly as an economic partner with Southeast Asia, Japan and Korea, putting the world’s second-biggest economy in a better position to shape the region’s trade rules.

The US is absent from both RCEP and the successor to former US president Barack Obama-led Trans-Pacific Partnership (TPP), leaving the world’s biggest economy out of two trade groups that span the fastest-growing region on earth.

By contrast, RCEP could help Beijing cut its dependence on overseas markets and technology, a shift accelerated by a deepening rift with Washington, said Iris Pang, ING chief economist for Greater China.

“We’re seeing a huge secret agreement being negotiated where we don’t know what the risks are and from the economic modelling that we’ve seen there’s very little economic benefit to be gained.

“So we don’t know why the government continues to do secret deals that are against our national interests.”

Miller said there had been no effective public consultation over the deal, some parts of which attack New Zealand’s national interests.

“The economic crisis that has come as a result of Covid is the biggest single economic event that we’ve had in New Zealand history.

“We need to preserve a policy space that will be able to ensure that we have a recovery that suits our people, our planet, our workers’ rights etceteras. We can’t guarantee that under RCEP.”

Miller said It’s Our Future would keep pushing the government to pull out of international trade deals. 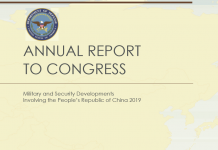 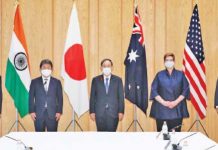 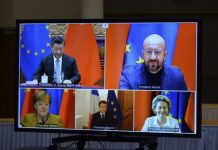 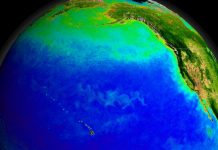