However, such a narrow perspective can fail to effectively counter maritime security threats and overburden enforcement agencies. A more holistic understanding of maritime drivers and actors is necessary to expand the scope beyond traditional security concerns and engage all maritime stakeholders in protecting the region’s maritime commons.

The COVID-19 pandemic has drastically altered the maritime landscape by accentuating social and political fissures that exist along Asia Pacific’s coastlines such as domestic political instability and economic grievances.

These fissures have spilled over into the maritime arena as reports of crimes such as illegal, unreported, and unregulated (IUU) fishing, piracy, and armed robbery increase since the onset of the pandemic.

As enforcement agencies become preoccupied with battling the pandemic and defence budgets are readjusted, incidents of piracy and armed robbery in the period from January to June 2020 doubled from the previous year.

In most cases, the main responders to these crimes have been maritime law enforcement agencies such as Indonesia’s Maritime Affairs and Fishery Ministry, the Malaysia Maritime Enforcement Agency, and Singapore’s Maritime Security Task Force.

Under restricted social distancing measures that limit the freedom of movement, necessitate working in shifts, and demand frequent health monitoring, regional enforcement authorities have demonstrated a high level of responsiveness and flexibility towards these changes in the maritime environment and modes of operation.

However, should the pandemic period further extend, other maritime stakeholders need to be better utilized to distribute this task of monitoring and protecting the maritime domain.

In addition to maritime law enforcement agencies, a whole-of-society approach must be encouraged by co-opting the coastal communities, shipping industry, non-governmental organizations (NGOs), and local government units into a nationwide effort to preserve maritime security.

Unlike maritime enforcement agencies, which mainly operate at sea, other sectors in society are better engaged with the land-based problems that drive most of these maritime crimes.

Relative economic deprivation, weak implementation of regulations, and the unequal distribution of welfare resources are some factors that can be directly linked to economic development projects, community policing initiatives, and welfare programmes.

Such information can be extremely helpful in maintaining maritime security. Some countries such as Malaysia have recognized the need for such a whole-of-society approach in the 2020 Defence White Paper by calling for a greater role of the rakyat, or citizens, in defending national security. The real test will be in the implementation, but the government’s encouragement of the concept at a strategic level is already an important step.

For an effective whole-of-society approach, several elements need to be prioritized. These include community empowerment, fostering stronger levels of trust, and building maritime domain awareness (MDA).

Initiatives such as the Keselamatan dan Pembangunan (“KESBAN”) approach utilized a people-centric approach to deter security threats. First established to defeat the insurgency movement in Malaya from 1948 to 1960, this approach focuses on building security and development through a controlled hierarchical structure and chain of command that stretches to the district and village levels.

Such close engagements also serve to empower the community by encouraging them to monitor the areas themselves under a direct chain of information that can eventually reach the country’s national security council.

Stronger levels of trust between security agencies, fishing industries, and non-governmental organizations are also necessary to facilitate efficient and rapid responses to maritime incidents. This can be achieved by developing a region-wide network of agencies or companies that share a similar objective.

Malaysia has implemented inter-agency operations such as Ops Benteng to protect maritime borders, while private sector initiatives such as the Seafood Business for Ocean Stewardship coalition engages various seafood companies across the world to pursue sustainable fisheries.

Meanwhile, many maritime law-enforcement agencies are working towards the concept of MDA. Indonesia’s recently-established Maritime Information Center is a reflection of this movement as the Center seeks to collate information on incidents taking place in Indonesia’s exclusive economic zones.

In addition to centralizing information, this Center enhances coordination with other information-sharing centres across the region such as Singapore’s Information Fusion Centre and the International Maritime Bureau in Malaysia.

While such an effort is necessary to enhance a country’s MDA level, other maritime security stakeholders could also contribute information to a virtual platform that is publicly accessible by all users across the region. Such an initiative would enhance transparency and also build a shared understanding of Asia Pacific’s waterways.

These initiatives demonstrate a gradual movement towards a whole-of-society approach in the Asia Pacific. For as long as maritime law enforcement agencies remain at the forefront of defending maritime security, it will be important to recognise that more support needs to be provided to other stakeholders such as the coastal community, private sector industries, and non-governmental organizations in better coordinating their efforts with these agencies.

As the pandemic continues to accelerate the rate of maritime incidents such as piracy and armed robbery, it is more pertinent than ever to start building closer connections between the region’s maritime security stakeholders to achieve peace together.

Asyura Salleh is a non-Resident Vasey Fellow at the Pacific Forum and Special Advisor for Maritime Security at the Yokosuka Council on Asia-Pacific Studies.

Source: International Politics and Society (IPS) based in the Friedrich-Ebert-Stiftung’s Brussels office. 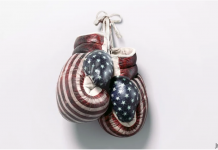 What would America fight for? 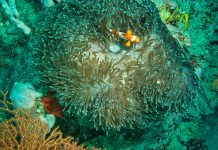 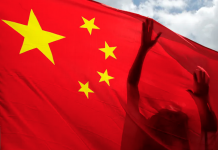 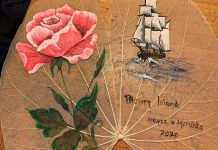