Amid the geostrategic competition in the Pacific, the China-Japan dynamic is often overlooked.

A new round of geostrategic competition is unfolding in the Pacific between traditional and new players. One important but less discussed aspect concerns the Japan-China competition, which displays its own unique features.

Contemporary Japan-Pacific relations date back earlier than China’s engagement with the region. Japan’s formal engagement with the Pacific started in the post-World War I period. During World War II, Japan occupied and fought in Micronesia and part of Melanesia, which makes compensation for damage and atrocities in the war an important historical motive for Japan’s aid to the region, especially in the early stage, as late Professor Ron Crocombe argued. By contrast, official China-Pacific relations commenced in the 1970s in the context of the People’s Republic of China’s replacement of the Republic of China (Taiwan) at the United Nations (UN) and the decolonization wave across the Pacific. Desire for diplomatic recognition over Taiwan has prompted China to increase its presence in Pacific Islands countries (PICs) and provide foreign aid afterwards.

More recently, both Japan and China have established their own umbrella framework to guide cooperation with the region. In 1997, Japan conducted its first summit with the South Pacific Forum, which was renamed the Pacific Islands Leaders Meeting (PALM) in 2000 and institutionalized as a triennial event to be held in Japan. As for China, it established the China-Pacific Islands Countries Economic Development and Cooperation Forum in 2006 and convened the first summit in Fiji. To date, another two summits have been held, in China in 2013 and in Samoa in 2019 respectively.

Japan’s bid for a permanent seat at the UN Security Council has been at the center of Japan-China rivalry in the Pacific. Successive Japanese governments have been vying for support from PICs. Prior to the first PALM summit in October 1997, Under Secretary of Foreign Affairs of Japan Masahiko Komura claimed that the eight South Pacific Forum members that are UN members carry vital importance to Japan’s bid for Security Council permanent membership. This aim has been persistent ever since, and leaders gathered at PALM 8 in 2018 expressed “support for Japan’s bid for permanent membership” in the UNSC. From China’s perspective, due to historical factors (such as anger over Japanese politicians’ visits to the Yasukuni shrine) and strategic considerations, a more influential Japan at the UN is deemed contrary to China’s national interests. Therefore, China has opposed Japan’s bid and courted PICs for support of China’s position, highlighting that UN Security Council reform should give “priority to increasing the representation of the developing countries and granting greater opportunity to more small and medium-sized countries to participate in the Security Council decision making.”

The China factor features prominently in Japan’s evolving approaches to PALM. The first three PALM summits were criticized for a lack of clear financial commitment. This was rectified at the fourth PALM summit in 2006, one month after the first China-Pacific Islands Countries Economic Development and Cooperation Forum was held in Fiji where China pledged 3 billion RMB (equivalent to $373 million at the time) in concessional loans to the region. Instigated by the sense of rivalry, the Japanese government made explicit its 45 billion yen (equivalent to $383 million) in aid to PICs — only approximately $10 million higher than the Chinese figure.

New changes took place at the eighth PALM summit in 2018 as Japan stopped specifying the amount of its aid to PICs and, for the first time, Japan officially incorporated PICs into its free and open Indo-Pacific (FOIP) vision. These changes can be interpreted as Japan’s shift of focus from competing with China on dollar amounts to contextualizing such competition in the broader context of maintaining and strengthening the U.S.- and UN-centric rules-based international order. In promoting FOIP, Japan has emphasized cooperation in areas of its competitive advantages such as disaster risk reduction, climate change, maritime security, and measures to combat illegal fishing.

In contrast to Japan’s approach to the Pacific, which is being primarily driven by its sense of rivalry against China, China so far has devoted relatively limited attention to Japan’s FOIP in the Pacific. Instead, Beijing is mainly focusing on the U.S. Indo-Pacific Strategy. For instance, Chen Fangming, former Chinese military attaché to Denmark and the Philippines and currently a senior research fellow at China’s Institute for International Strategic Studies, a think tank affiliated to the People’s Liberation Army, argues that the U.S. Indo-Pacific Strategy could stimulate a new round of strategic gaming among big powers in the Indo-Pacific region. He believes that dual features of competition and cooperation, containment and counter-containment will be more prominent in future China-U.S. relations. Interestingly, a large proportion of Chinese scholars on Pacific studies mentioned to the first author in interviews in 2019 that Japan has done a better job than China in aid delivery in the Pacific as Japan attends to details; therefore China should view Japan as a role model in this regard.

This apparent asymmetricity in the sense of rivalry — Japan has an acute sense of rivalry against China in the Pacific, while China is not so focused on Japan, but more on the United States — has been observed in other parts of the developing world such as in Africa. This shows that the dynamics we see in Japan-China relations in the region are not necessarily specific to the Pacific.

In addition to Japan, the other traditional powers have also made their own reinvigorated efforts to engage with the region, such as Australia’s Pacific Step-up and New Zealand’s Reset, all of which are largely driven by China’s rise in the region and its ambitious Belt and Road Initiative (BRI). To a large extent, the development of Japan-China competition in the Pacific will depend on the kind of policy and strategic coordination Japan will have with the other like-minded democracies, reactions from China, and the kind of “tactical détente” between Japan and China in the midst of uncertainty brought about by U.S. President Donald Trump’s lack of commitment to maintaining the global liberal order.

The post COVID-19 world could be quite different from what is today. It is likely that disputes between traditional powers and China over the latter’s handling of the virus and the so-called “mask diplomacy” will intensify and therefore exacerbate their strategic competition in the Pacific. The Japan-China competition is also likely to increase in depth. For Japan, it has unified its diverse aid projects in the Pacific under the FOIP vision. For China, the BRI is anchoring its engagement with PICs. The perceptions of FOIP and BRI in the Pacific will not be limited to Pacific Island governments only, but also include a wide array of groups such as business, media, civil societies, and grassroots. All these voices will count.

Dr. Denghua Zhang is a research fellow at the Department of Pacific Affairs, Australian National University. His research focuses largely on Chinese foreign policy, foreign aid and China in the Pacific. Recently, he has published with journals such as The Pacific Review, Third World Quarterly, The Round Table and Asian Journal of Political Sciences.

Dr. Miwa Hirono is an Associate Professor at the College of Global Liberal Arts and the Graduate School of International Relations at Ritsumeikan University. Her recent publications include “Linkages between China’s Foreign Policy and Humanitarian Action” (London: Overseas Development Institute 2018), and China’s Evolving Approach to Peacekeeping (2012). 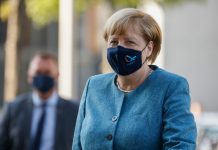 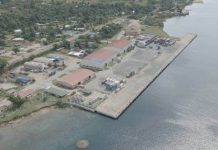 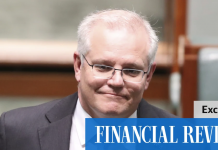