Over the four decades of reform and opening-up, China has wholeheartedly embraced economic globalization, a concept introduced to the country by Western governments, economists and multinational corporations. China, it was said at the time, could use its comparative advantages, mainly its cheap labor and later also its huge market, to become part of global supply chains.

Indeed, China has turned out to be a major beneficiary of globalization. It has become a top destination for foreign direct investment, the world’s second-largest economy and the largest trading country.

China has also become a main engine for global economic growth, contributing 35 percent of global GDP growth from 2017 to 2019, compared with 18 percent by the US and 7.9 percent by the European Union, according to the World Bank.

The Chinese and the global economies－especially those of Japan, the Republic Korea, ASEAN member states, the European Union and the United States－have become deeply interdependent. Such global economic cooperation and global supply chains worked well until the US administration triggered a trade dispute with China and its other main trading partners last year.

The raising of tariffs on $200 billion of Chinese products from 10 percent to 25 percent two weeks ago and the White House’s executive order last week to ban Huawei from the US market will deal a fresh blow to the global supply chains, causing job losses, business closures and economic slowdown not just in China, but also in the US and many other countries because their economies are intertwined.

The US National Security Strategy report issued in December 2017 defined China as a revisionist power. But when Steve Orlins, president of the National Committee on US-China Relations, asked a panel of top China experts in the US on Tuesday evening, “Is China a revisionist power?”, he was reminded by Douglas Paal, who has had a long career in the US government, that even the author of the strategy who appeared in Pennsylvania recently could not answer that question.

There is no doubt that growing US unilateralism and protectionism, whether in trade or other areas such as climate change, have already made the US the top revisionist power. But revisionism may not sufficiently describe the US actions. Martin Wolf, chief economics commentator at the Financial Times, wrote on Tuesday that “the US has become a rogue superpower, hostile, among many other things, to the fundamental norms of a trading system based on multilateral agreement and binding rules”.

He deplored the fact that not only China, but also US allies have become “a target of the wave of bilateral bullying” by the US administration, referring to Washington’s earlier threat to impose punitive tariffs on European cars in the name of protecting US national security.

Anne Krueger, a US economist and former World Bank chief economist and former first deputy managing director of the International Monetary Fund, wrote in a Project Syndicate article on May 16 that “by acting like an insecure bully”, the US is becoming “increasingly isolated in the global economy”.

The US has long touted itself as a champion of free trade, but none of its actions in the past two years has reflected such a spirit, and its crusade against Huawei and other Chinese tech companies is based on sheer speculation.

If the world does not stand up and speak up against such a bully, it will risk hurting the global economy that is so vital for everyone. Without firing a shot, trade wars can kill and hurt as many people as a real war.

The author is chief of China Daily EU Bureau based in Brussels. 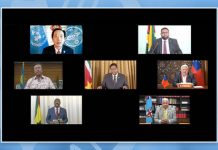 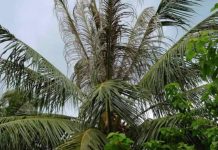 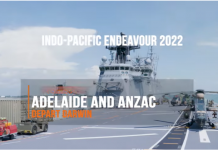