Joey Tau is an activist for the Pacific Network on Globalization (PANG). He is a communications and media specialist from the Pacific.

Talei Luscia Mangioni is a Youngsolwara activist and PhD candidate at the Australian National University.

Earlier this month, the Japanese government announced plans to dump 1 million tons of radioactive wastewater accumulated from the Fukushima Daiichi nuclear disaster in 2011 into the Pacific Ocean.

For the peoples of the Pacific, who have borne the disproportionate human cost of nuclearism in our region, this is another act of catastrophic and irreversible cross-border damage that our region has not consented to.

While Japan’s plan is for the water to be diluted first and discharged over the course of about 30 years, the Japanese government has done its best to convince the general public of the safety of treated water through the use of pets. greens and endorsed by American scientists. The peoples of the Pacific are calling it once again for what it is: an unjust act.

“We need to remind Japan and other nuclear states of our motto of the Free and Independent Pacific Nuclear Movement: If it’s safe, throw it in Tokyo, try it in Paris and keep it in Washington, but keep our Pacific nuclear-free.” Motarilavoa Hilda Lini, Vanuatu statesman and veteran activist of the Nuclear Free and Independent Pacific (NFIP) movement, said after Japan’s announcement. “We are people of the ocean, we must defend and protect it.”

Many in the Pacific have experienced nuclear damage with the continued irradiation of our environment, while survivors and their descendants continue to experience harrowing illnesses such as lymphatic cancers, thyroid problems, and reproductive health.

Since the detonations of Hiroshima and Nagasaki in 1945, 315 nuclear tests have been carried out in the Marshall Islands, Australia, Kiribati and Maohi Nui. All of which were, at the time, described by the nuclear nations as scientifically sound and safe.

In fact, both Japan and the Pacific states share the trauma of nuclear testing. However, the Japanese government has enthusiastically embraced the nuclear power industry.

You would think that Japan’s proposal to dump nuclear waste in the Pacific Ocean is something new, but there is a history of precedent. The shady practice was virtually a global norm in the past for countries like Japan, the United States, and Europe. Things came to a head in 1979, when Japan’s clandestine proposal to dump nuclear waste in neighboring Northern Mariana Islands exposed. Japan severely underestimated the united furor from political leaders, non-governmental groups and grassroots activists from the Northern Marianas, Micronesia and the Pacific.

On Hiroshima Day in Japan in 1980 before the World Conference Against Atomic and Hydrogen Bombs, an activist from the North Pacific country of Palau memorably asked the Japanese audience: “Are the Japanese going to change their minds? nuclear victims to nuclear assailants? ”; “Are you going to dump your own trash in other people’s backyards?”; “Are they really going to dump dangerous nuclear waste into the Pacific that will harm not only us but our children and generations to come?” These questions shook the consciences of members of Japanese civil society and bonds of solidarity were soon formed.

But these questions remain relevant today as Japan prepares once again to dump nuclear waste material into the Pacific Ocean.

Pacific peoples at all levels are protesting the measure. Dame Meg Taylor made a statement on behalf of the Pacific Islands Forum, the key regional body, calling on Japan to postpone the discharge of the water until consultations and an independent review take place.

And we, as young activists in the region, are concerned about the potential damage this will have on the health of our ocean, which is the economic, spiritual and cultural heart of the Pacific countries.

The Japanese government intends to start dumping nuclear wastewater in two years from now. We ask you to reflect on our joint nuclear legacy and listen to your Pacific neighbors. We say it loud and clear: our ocean is not your landfill.

Joey Tau is an activist for the Pacific Network on Globalization (PANG). He is a communications and media specialist from the Pacific.

Talei Luscia Mangioni is a Youngsolwara activist and PhD candidate at the Australian National University. 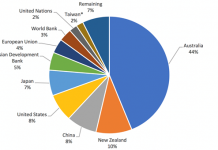 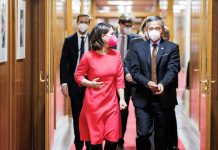 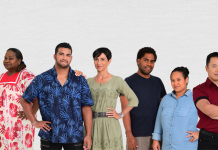 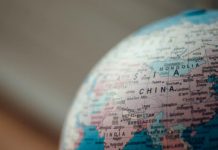