According to the plan, the entire island of Hainan will be transformed into a free trade zone (FTZ), the country’s 12th and the first to cover a whole Province.

This also ties in with China’s Belt and Road Initiative, where Hainan will be an important node on the so-called “Maritime Silk Road”.

The Hainan Government aims for the Hainan FTZ to open in 2020 but has a longer-term view for its development that goes to 2035 and beyond.

Despite the ambitious goals, Hainan’s economy sputtered in 2018, missing its growth target, while government officials have openly acknowledged problems in setting up the FTZ.

One year into the construction of the Hainan FTZ, how has it progressed?

As a tropical island off China’s southern coast, Hainan is often referred to as “China’s Hawaii”. The province is a popular destination for Chinese tourists, who flock to its many beaches and warm climate.

In 1988, Hainan was designated as one of China’s first special economic zones (SEZs), putting it at the forefront of the reform and opening-up campaign spearheaded by Deng Xiaoping.

Despite these advantages, Hainan is relatively underdeveloped compared to other regions in China.

Hainan’s economy has a small industrial sector and leans heavily towards resource extraction and services.

In 2018, its primary industry constituted 20.7 percent of GDP – the highest among any Chinese province – while its secondary industry accounted for only 22.7 percent, which is less than half that of most other provinces.

Resources that contribute to its sizeable primary industry include the extraction of products, such as seafood, tropical fruit, tea, and rubber, while its tertiary sector is strongly linked to the tourism industry.

Much of Hainan’s secondary industry, meanwhile, is associated with the processing of petroleum and other natural resources like rubber, as well as transport equipment and pharmaceuticals, among others.

In need of new drivers of growth that go beyond natural resources and tourism & symbolic for its history as one of the first regions to participate in reform and opening-up Hainan was selected by China’s leadership to represent the so-called “new phase of reform”.

The country’s economic planners hope to give Hainan’s middling economy a boost by leveraging its relatively clean and service-driven composition to showcase a China that is proficient in renewable energy and value-added services, as opposed to the labour intensive and export-driven manufacturing that characterised the previous period of economic development.

Although Hainan is far from China’s first FTZ, it is the first that covers a whole province and it will have its own unique policies to attract foreign investment not found elsewhere.

Due to its nature as a self-contained island, Hainan also provides a unique testing ground for planners to trial new pilot policies.

With these goals in mind, China’s central government and the Hainan Provincial government have released a slew of documents outlining their plans to build the Hainan FTZ since the original announcement.

Among these is The Overall Plan for the China (Hainan) Pilot FTZ (the Plan), which was released to the public by the State Council in October 2018, as well as the Guiding Opinions of the Central Committee of the Communist Party of China on Supporting Hainan’s Comprehensive Deepening of Reform and Opening Up (the Opinions) released in April 2018.

The Plan, together with other documents, set forward a timeline for the development of the Hainan FTZ. Key goals in the blueprint include:

China’s economic planners envision the Hainan Free Trade Port, which will become operational in 2025, to be an economic area with trade and investment incentives akin to Hong Kong and Singapore – two regions known for their business-friendly policies.

In this vein, Hainan will cut the time needed to set up a business to three working days, reduce administrative approval items, and fully implement China’s national negative list.

Planners hope that Hainan’s geographic position in the south of China near the Pearl River Delta mega-region and Vietnam will make it an important port to connect China with South and Southeast Asia, which also ties in with Hainan playing important part in China’s “Maritime Silk Road”.

Beyond establishing a free trade port and streamlined business environment, Hainan will attempt to develop and internationalise leading industries from where it already has strengths.

The Opinions state that rather than focusing on transit trade and processing and manufacturing, the FTZ will focus on developing tourism, modern service industries, and high-tech industries.

Hainan already has a large tourism industry, but planners will look to make it more international and tailored to specific services and markets.

Authorities have set a target for two million foreign visitors in 2020 almost double 2018 levels. In 2017, only 1.6 percent of visitors to Hainan came from overseas.

Policies aimed at boosting tourism include expanding duty-free shopping, promoting medical tourism, and potentially allowing forms of gambling not found elsewhere on the mainland, such as sports lotteries.

One way that Hainan has already done so is through the introduction of visa-free travel to the island for up to 30 days for tourists from 59 countries.

Critics, however, point out that the policy as it currently stands is not effective, as the process to qualify is unduly complicated.

For example, travellers must submit documents to an approved travel agency in advance of their trip and public information on eligibility and requirements is unclear.

Local officials appear to recognise the limitations of the current visa-free travel policy, however, and will seek to expand it in the future.

Another project that has stumbled is the construction of a new US$15 billion airport in Sanya, which is behind schedule due to difficulties in obtaining approvals.

In a further effort to boost tourism, Hainan will ease market access requirements for foreign investors to host temporary exhibitions and festivals, as well as to invest directly in cultural and art institutions.

To jump-start the initiative, the Hainan International Film Festival was one of 12 major pilot projects created in the Hainan FTZ over the past year.

Besides traditional tourism, Hainan will seek to promote “modern services” in the FTZ, including healthcare and elder care. These industries interrelate with tourism plans, as Hainan seeks to establish itself as China’s leading medical tourism hub.

Provincial authorities hope that Hainan’s warm climate and clean environment will help it attain this goal, to become somewhat like Florida is in the US for elder care.

Medical tourism plans go beyond elder care, however, with cosmetic surgery, rehabilitation, and beauty care among the other medical tourism sub-sectors on offer.

Other services highlighted in the plan include telecommunications and internet services, finance, and cross-border trade.

As opposed to the more conventional high-tech industries found in China’s most economically advanced regions, such as Guangdong, Hainan will focus its high-tech investments in sectors where it holds unique advantages.

Accordingly, the province’s tech plans will largely tie in with its geography, focusing on agritech, biotech, and deep-sea technology.

Hainan is also home to one of China’s largest conglomerates; HNA Group which authorities hope will jump-start activity in industries such as aerospace.

The Fortune Global 500 company is headquartered in the provincial capital of Haikou and owns or has stakes in a number of Chinese, Hong Kong, and overseas airlines, as well as in logistics and transport companies.

The development of both modern services and high-tech, however, will be impeded by the lack of reputed universities in Hainan.

As a result, Hainan will prioritize attracting talent from other Chinese provinces to make up for its lack of local expertise.

After the Hainan FTZ was first announced, authorities seemed to float the adoption of policies not found anywhere else in mainland China.

These include gambling in the form of horse racing, and even uncensored internet areas so foreign visitors could access websites and services blocked by the Great Firewall.

Already, China’s FTZs have largely been seen by foreign investors as disappointments, as they lack the freedom in capital controls and investment that was expected when they were first announced.

Perhaps more concerning, though, is the disorganisation and lack of clear direction that was revealed in the floating of these plans.

These concerns are compounded by Hainan’s sub-par performance in other areas, including its economy as a whole and its inefficient bureaucracy.

In 2018, foreign investment in Hainan grew by an enormous 112.7 percent and trade revenue grew by a sizeable 20.8 percent, which Chinese state media has promoted as evidence of enthusiasm for the Hainan FTZ.

Despite these statistics, Hainan’s GDP growth stumbled to just 5.8 percent the same year, far from its target of seven percent.

Provincial authorities are banking on the further development of the FTZ to boost growth in 2019, setting a GDP growth target of 7-7.5 percent. Government-led investment to build the FTZ may contribute to attaining this goal, but so far the Hainan FTZ has gotten off to somewhat of an inauspicious start.

Besides stimulating the economy, Hainan has its work cut out to improve its business environment.

The Hainan FTZ calls for streamlining bureaucracy and administrative costs, as has been done in the Shanghai FTZ and elsewhere.

This will not be an easy process for Hainan, though, as in 2016 it ranked dead last among provincial-level governments in terms of administrative efficiency.

Mao Chaofeng, the deputy governor of Hainan province, acknowledged that the province is facing difficulties in creating the FTZ.

Earlier this year, he told the media, “To be honest, Hainan is still lagging behind in development if we look at it from a national level… We have not reached the party’s target of transforming into a modernised economy that can support a FTZ or free trade port yet.”

Moreover, many of the policies highlighted in the FTZ plans already exist elsewhere.

For example, the plans call for the full implementation of China’s national negative list, which should theoretically be done everywhere in the mainland.

And Hainan has already had pilot zones and incentives that predate the FTZ in its more promising industries, such as medical tourism.

Nevertheless, as with China’s other FTZs, the Hainan FTZ may prove beneficial for businesses looking to invest in an industry that enjoys preferential policies and clustering benefits, as well as potentially lower investment barriers.

The Hainan FTZ has yet to present policies that fundamentally change Hainan’s economic outlook, but it should still lead to improvements in the province’s business environment and more support for its key industries.

As such, businesses involved in industries where Hainan is already well-positioned namely tourism, elder care, and biotech, among others may find greater reason to set up there.

For others, though, the Hainan FTZ may not prove as transformative as its initial potential suggested both for foreign investors and for the province’s broader economic developmentBelt & Road News is not responsible for the opinions, facts or any media content presented by contributors. In case of abuse, click here to report. 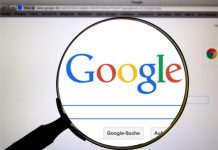 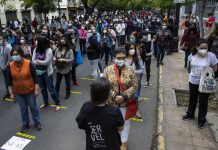 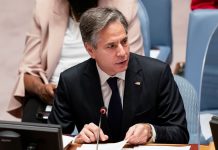 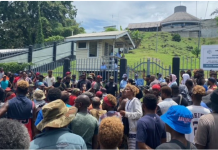 Protesters teargassed as they call for Solomon Islands Prime Minister to...