Editor’s Note: David Malpass, US President Donald Trump’s pick for World Bank president, began his five-year term at the helm of the 75-year-old organization on Tuesday. How will the World Bank perform under Malpass, who until Monday was the US under secretary of the Treasury for international affairs? Three experts share their views on the issue with China Daily’s Liu Jianna. Excerpts follow:

Chen Fengying, a senior researcher in world economy at the China Institutes of Contemporary International Relations

Despite the global landscape, including the financial landscape, undergoing unprecedented changes over the past years, the United States continues to initiate and implement global rules while other countries, especially emerging economies, still cannot use the changed balance of economic power to carry out reforms in institutions of international importance.

But in spite of Malpass being a Trump loyalist, it is not necessary that he will work to fulfill only the US president’s wishes. That Federal Reserve chairman Jerome Powell, who is also a Trump pick, has defied Trump time and again speaks volumes about the responsibilities that come with leading a globally important institution. The chief of a globally important organization is expected to perform his or her duties sincerely and impartially.

In the past decades, China mainly received a lending hand from the World Bank, although in the future it is expected to contribute more to the development and reform of the bank. For instance, many World Bank programs involve infrastructure construction, and since China has great experience and an excellent record in this field, it can contribute to the World Bank’s development.

Given that unilateralism and trade protectionism are threatening free trade, it’s high time multilateral organizations including the World Bank and International Monetary Fund played a bigger role in promoting global development. To this end, developing countries, which have less discourse rights compared with developed countries in international institutions, must work together to get their due share of rights and powers not only in global institutions but also in other global matters.

Some fear that with Malpass at its helm, the World Bank, in lockstep with Trump, will extend the “America First” policy to the international financial sector. But such fears are unwarranted, because the Word Bank is not a suitable platform to promote Trump’s “America First” policy, as it doesn’t issue globally binding industrial policies.

Regardless of who leads the World Bank, its cooperation with China is likely to be strengthened. For instance, to produce tangible results, the Belt and Road Initiative requires the support from and cooperation between the AIIB and the World Bank.

Zhu Feng, director of the Institute of International Studies at Nanjing University

Now that Malpass has been appointed its president, the World Bank’s policies and actions could more clearly reflect US interests. After all, Trump has picked Malpass in the hope that he will increase the US’ already high say in the bank.

Thus it is understandable that some Chinese scholars are asking China and other developing countries to play a bigger role in global economic governance, including in the appointment of the World Bank president so that the US’ dominant role in existing global governance mechanisms can be curbed.

China has no intention of challenging the US’ global leadership. Still, there is an urgent need for developing countries to increase their share in the World Bank’s capital stock if they want more voting power and discourse rights in the appointments of the bank’s top officials.

As one of the world’s major investment and financing institutions, the World Bank plays an essential role in maintaining the stability of the global financial system. It is therefore important for China and other developing countries to increase their say in the organization as well as prompt Malpass to carry out the necessary reforms in the bank.

It remains to be seen in which direction Malpass will lead the World Bank. But, at a time when global governance risks regression, Malpass would do good to stabilize the world order, by upholding multilateralism in investments and financing. 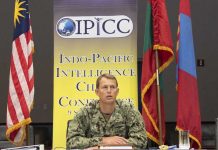 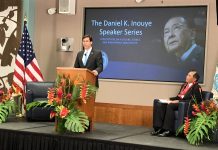 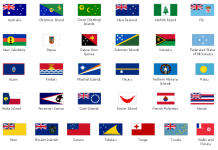