The Federated States of Micronesia, one of the 10 countries in the world that remained coronavirus-free in 2020, has recorded its first Covid-19 case involving a crew member of a vessel that returned from the Philippines.

The individual who tested Covid-19 positive was one of 12 crew members of MV Chief Mailo that entered Pohnpei State’s anchorage, inside the island state’s lagoon, on Jan 6.

The individual was tested twice and both tests returned positive results, according to the FSM Information Service.

“The FSM national and Pohnpei state governments confirm that the case is classified as an imported case, and does not present any immediate risk of the virus spreading to the broader community,” a press release from the FSM government states.

MV Chief Mailo, homeported in Chuuk, previously left the FSM in late 2019 for drydock-based repairs in the Philippines. The vessel was unable to return as scheduled due to the Covid-19 pandemic. It had had been in isolation for two months in Manila prior to departing from General Santos City where they picked up a 10-year-old boy from Polowat who had been lost at sea.

The crew have been strictly confined to the ship since Sept. 22, 2020, according to the FSM government.

“The individual detected with Covid-19 was detected while in quarantine, and has had no contact with individuals in the community; thus, they do not present any immediate risk of the virus spreading to the broader Pohnpeian community,” the FSM government said.

As of Jan. 7, the healthcare workers who performed the tests on the crew are quarantined at the China Star Hotel, designated as Emergency Medical Unit in Pohnpei State, and the crew remain in isolation on the MV Chief Mailo.

“The healthcare workers have been tested for COVID-19, and their results are negative. National and State law enforcement and border protection staff are maintaining the ship’s security on a 24/7 schedule,” the FSM government said.

The FSM government said the vessel itself is an isolation unit. No one is allowed to go onboard, and the crew are not allowed to disembark at any time.

“The FSM and State Task Forces are ensuring that there is no contact with the vessel to keep the risk of exposure to bare minimum,” the government said.

The MV Chief Mailo is undergoing the same security protection regime as the MV Caroline Voyager did when it left Japan in early November 2020, the government said.

FSM borders have remained closed since March 2020. The repatriation of FSM citizens who have been stranded abroad has been postponed indefinitely. 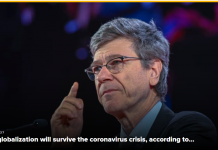 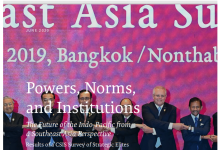 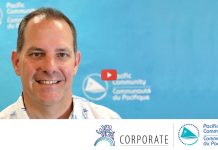