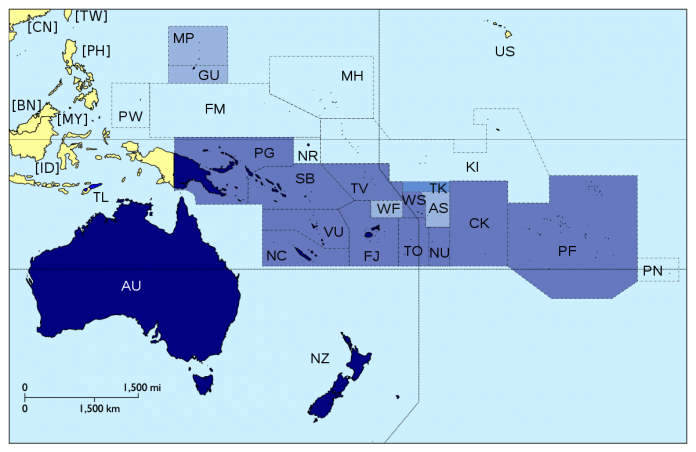 Many, many years ago, I offered up the idea of all Pacific island leaders getting together to design and form better controls and political guidelines for their respective island areas and the corresponding exclusive economic zones.
This would include key leadership from all areas north and south of the equator and leadership would rotate between each region on a preprogrammed basis.
This idea of rotation in leadership has long been a touchy subject. In my opinion, that is due to sensitivity driven primarily by very strong parochial thinking among the entirety of the membership.
If these leaders could collectively and rationally manage to control all of this area and, one was capable of walking across on water on EEZs, you could literally walk around on the largest surface area of the earth, the Pacific Ocean and all that it touches, without getting your feet wet.
This is the place I then referred to as The Great Blue Nation.
In the same column I also alluded to the same area potentially becoming the next Fulda Gap. This was due to China’s more recent excessively aggressive behavior in the entire Pacific region.
This, coupled with the movement of the world economy during the last 20 years from the European theater to the Pacific theater, creates a huge opportunity for enormous control of trade and defense.
The Pacific Islands Forum that was originally started in 1999 was an offshoot of the South Pacific Forum that originally began in 1977. It is one of the most influential organisations in the region. However, it is now in trouble after one-third of its member nations abandoned the group.
Recently the Federated States of Micronesia, along with the Marshall Islands, Nauru, Palau and Kiribati have withdrawn from the Pacific Islands Forum after a dispute over the recent election of a new secretary-general.
This exodus represents more than 3 million square miles of the Pacific region.
This sudden exodus of countries also represents one of the biggest defections in the 50-year history of the forum which lobbies on the international stage against climate change and other threats to small islands.
Speaking of threats to small island chains in the Pacific, the single largest of these is that of long-term security. When it comes to security it is essentially a battle between the United States and China for control of the land and in turn undersea mineral-rich EEZ areas of these island chains.
These islands and the ones that China has chosen to build from scratch in the South China Sea region of the western Pacific are all potential launching pads for military installations throughout the Pacific region.
This is all part of what I see as China’s effort to expand its span of economic and military control worldwide by acquiring control of the entire Pacific region.
If the Pacific Islands Forum is to be successful in curbing such an effort, it must establish a viably balanced and fair system of rotational leadership – regardless of size and population of the member islands – without which it is simply a divide-and-conquer game for the larger nations.
Lee P. Webber is a former president and publisher of media organisations on Guam and Hawaii, former director of operations for USA Today International/Asia, and a longtime business and civic leader on Guam. 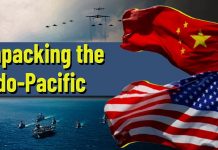 The US Indo-Pacific Strategy and Its Delusions 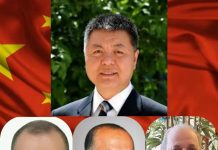 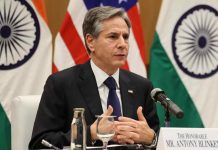 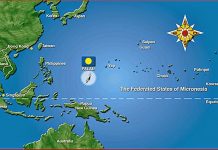