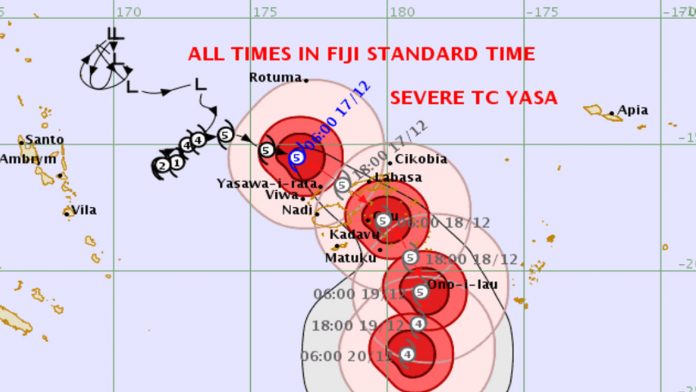 Vanua Levu is now under severe threat of Tropical Cyclone Yasa as it continues to maintain its movement towards Fiji.

Fiji Meteorological Service forecaster Steven Meke says the rest of the country should also continue to prepare as the category five storm is expected to impact most of Fiji.

“Vanua Levu will get the full brunt of severe Tropical Cyclone Yasa. The parts of Viti Levu as well, they need to prepare well, as TC Yasa moves to Lomaiviti waters later this evening into tonight, Viti Levu should expect some damaging to very destructive winds as well. So I think the whole of Fiji needs to prepare well.”

Meke said there is still time for those on Viti Levu to prepare this morning before the cyclone moves towards the main island.

Meke said impacts were already starting to be felt.

Meke said the winds were starting to pick up over the Western half of Fiji.

As of Wednesday people had started moving into evacuation centres but more were being encouraged to do so.

“We’ve been telling them [the public] this is one of those tropical cyclones, especially when it comes from the northwest, it brings in all these damaging storm surges as well.””

The centre of Tropical Cyclone Yasa is expected to be located very close or over the province of Bua around 8pm today.

TC Yasa was located about 140 kilometres north-northwest of Yasawa-i-Rara or 245km north northwest of Nadi and 280km west-northwest of Rotuma at 8am today.

Close to its centre the cyclone is expected to have average winds up to 250 km/hr with momentary gusts to 350 km/hr.

The cyclone is moving east-southeast at about 18 km/hr.

On this track, at 8pm today the cyclone centre is expected to be located about 100km east of Yasawa-i-Rara or about 90km west-southwest of Labasa.

The centre of Yasa is expected to be about 50 kilometres north-northeast of Moala or about 75 kilometres east-southeast of Gau or about 165km east of Suva at 8am tomorrow.

Expect destructive storm force winds up to 110km/hr with momentary gusts up to 155km/hr.

A storm warning remains force for Mamanuca Group, the rest of Viti Levu, Cikobia and the rest of Lau Group.

A Gale Warning remains force for Rotuma, Kadavu and nearby smaller islands.

A Heavy Rain Warning remains in force for the whole of Fiji.

A Flash Flood Warning remains in force for the low lying areas and areas adjacent to small streams for Viti Levu and Vanua Levu.

The Fijian Cabinet is in an emergency meeting this morning and is likely to announce new curfew hours for Fiji during TC Yasa as it passes through the country today and tonight. Its confirmed curfew has been brought forward to 4pm today(Thursday) to 6am tomorrow (Friday) morning. 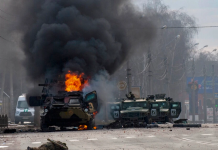 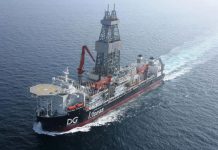 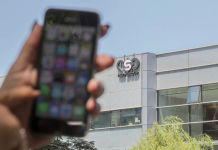 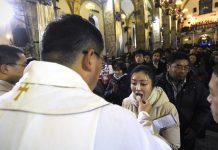