The development of the internet as an information super-highway can be compared to the impact of road building in past times. National road networks allowed people to travel to see friends, do business and receive supplies. They were accessible to all who could reach them, if in different ways.

Today, they offer a form of conspicuous consumption, where those fortunate to have a luxury automobile can whisk along in style, yet the humble ox cart, the bicycle and even walkers could make use of those roads.

In a similar way, the internet, with ever-faster speeds, can be used by those sporting the latest, lightest laptop and 5G folding tablets as well as by those with a basic smartphone or access to a computer in a library. What matters is that the infrastructure exists to bring internet connectivity to all parts of the country.
Thus, people living in poor and remote parts of the country have access to markets, to a means of earning a living and to goods and services. Advanced technology companies have been crucial in interacting with the internet, providing previously unavailable opportunities through their e-commerce platforms and distribution networks.

These technology opportunities include potential drone deliveries and 3D printing of items. Alibaba, the biggest e-commerce company in China, has seen rural e-commerce develop rapidly in recent years, as exemplified by the sharp increase in the number of “Taobao Villages”, mostly concentrated in moderately developed provinces with a track record of high levels of private entrepreneurship.

Increasingly, e-commerce is paying greater attention to rural areas. This is a strong model as income generated from activities in rural areas, with products shipped to urban areas, in turn enables access to goods that were previously beyond local incomes or difficult to obtain.

As an example, the Chinese online food delivery and ticketing service provider Meituan Dianping has leveraged its platform to work with local governments, farmers, produce suppliers and restaurants to buy highland barley from the Tibetan Plateau and then turn it into food that gets promoted online.

The internet has started to level up not just earning opportunities and access to goods, but also access to education, training and healthcare online. Rural and lower income urban areas have struggled for easy access to schools and medical clinics, but online courses are increasingly available and medical information and consultations can be provided virtually.

The online rural population in 2019 was estimated at 225 million, representing over 25 percent of all netizens in China. Over 700 million people in China enjoy watching livestreams or short videos on apps like TikTok, with a rising number tuning in to watch people living rustic and culturally fascinating lives in China’s lower-tier towns and cities.

Some rural participants have become online stars, livestreaming stories and videos as well as even comfortably selling rural produce online, a practice known as “daihuo” or “sneaking goods”, one supported by the additional infrastructure of regional distribution centers and delivery services.

Xinjiang Uyghur autonomous region is a good example of using e-commerce to boost the local economy, with farmers introducing their cotton, walnut and rice products to the rest of China.

The Chinese government is continuing to play a key role. President Xi has formally encouraged online services to have an increasing impact on reducing poverty and unequal access.

“Broadband China” and “Internet Plus” are initiatives launched by the authorities in recent years. The role out of the 5G network is the latest opportunity for strong and reliable connectivity.

There are further plans, released jointly by the Office of the Central Cyberspace Affairs Commission and the National Development and Reform Commission, to extend the role of the internet and big data in poverty reduction.

The government has instructed local officials to construct numerous signal towers and lay miles of fiber-optic cables in an effort to ensure 99 percent of rural areas have internet access by the end of 2020.

The internet has clearly not only boosted the sales of agricultural products, but also profoundly changed the lives of poor people.

To provide quality online education to children, in 2018, the Chinese government announced a boost to internet speeds in all rural schools. As an example, there are more than a thousand rural schools in Gansu province that have less than five enrolled students. Thanks to high-bandwidth internet technology, almost all classrooms in remote parts of China’s countryside are now connected and accessing supplementary learning.

The internet is not just directly reducing rural poverty. It is also helping to create jobs for hundreds of thousands across China by enabling the growth of mega businesses like Alibaba and Tencent. In addition, the China Academy of Information and Communications Technology (CAICT) estimates that 5G will create more than 8 million jobs by 2030. Thus, the whole economy is boosted, making it possible to devote extra resources to rural development. This trend will continue.

Colin Speakman is an economist and an international educator with CAPA: The Global Education Network. 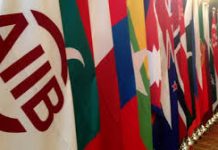 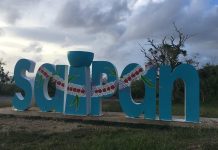 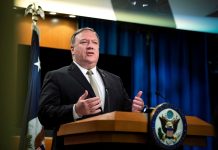 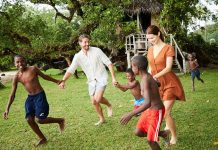