The Cook Islands Prime Minister Mark Brown says global financing systems from those under the Paris Agreement to older, global institutions such as the Organization for Economic Co-operation and Development (OECD), are out of touch with the realities of Small Islands Developing States (SIDS).

Speaking to the Pacific Islands Forum high level roundtable on Urgent Climate action on the weekend, the Prime Minister said his country has been impacted with a 20 percent negative GDP due to Covid, and 16 cents out of every dollar in his national budget is going towards mitigating climate change.

He also provided the case for a dialogue partners to support an urgent and comprehensive review of the international financial instruments available to Pacific SIDS is not new. “This is a broken record that I had been saying for more than eight years,” he told other Forum Leaders, while making a special call on dialogue partners to also help effect the review and support his call for 0% interest rates for climate adaptation finance, amortized over 50 to 100 years—“the timeframe that it took for climate threats to emerge.”

“It is time that the policies and procedures of those institutions evolved to meet the pressing adaptation needs of the Pacific SIDS,” said the prime minister.

The situation of the Cook Islands was likely being felt in different ways across other Small Islands Developing States, said Brown.

“But the Cook Islands with a population of about 17,000 people is a Forum island country with all the vulnerabilities and developmental challenges from other parts of the Pacific.”

“However, the OECD determined that because of our relatively high GDP, the Cook Islands will no longer be eligible for official development assistance from January 2020. And then came Covid-19, which decimated our leading economic sector tourism. We expect a negative 20 percent of GDP growth rate for this year as a result.”

He said that’s had a “crippling effect” as his government deals “not only with the immediate consequences of Covid-19, but to address the more pervasive and deeper challenges posed by climate change.”

“Like other Pacific seats, we cannot successfully implement our programs without that assistance. Therefore, we call on our dialogue partners to work with us to devise mechanisms in international financial institutions and elsewhere, so that we can access urgently needed assistance on the same basis as other SIDS.” Brown had earlier noted the fifth anniversary of the historic Paris Agreement served as a reminder of how in 2015, the world came together and committed to reducing the impacts of climate change, holding global average temperatures to no more than 1.5 degrees Celsius.

“No country, or economy, whether great or small, developing or developed will escape the compounding effects of climate change in the frequency and increasing intensity of tropical cyclones, intense periods of wind and flood. The increased occurrence of droughts, and the rise in sea levels are just a few of the immediate and longer term effects of climate change on our islands.”

He referenced the Pacific’s Boe Declaration on regional security, as Pacific leaders have taken the position of the climate emergency being a climate crisis, and the single largest existential threat for people of the region. But he said while Pacific leaders supported and continue to support the implementation of the Paris Agreement, the climate change financing aspect of the agreement needs attention. He said on Pacific Island countries have both individually and collectively embarked on ambitious mitigation and adaptation programs to address the impacts of climate change, including at the regional level through green bonds, and the Pacific resilience facility.

The Paris Agreement recognizes the special capacity challenges of small island development States SIDS-such as us in the Pacific, in carrying out such programs–although we did not cause climate change, we did not put plastic in the ocean, and we did not acidify the sea. We are shouldered with the enormous burden of having to adjust and adapt and protect ourselves against the threats resulting from climate change.”

He said the Cooks national budget will spend 16% of the total appropriation directly on mitigation and adaptation measures. “The international community has pledged the mobilization of US$100 billion per year by 2020 under the Paris Agreement. Thus far, that pledge remains unfulfilled. And we call on developed countries to meet their commitments in this regard. Over the past decade, despite our critical needs, our own Pacific region has received a mere 2 percent of the funds that have been mobilized toward that global climate finance target. That is insufficient to address the existential and other climate change challenges that we face, both as individual states and the region as a whole.” Covid has also added to the obstacles in the way of accessing financing, said the prime minister.

“The unprecedented and global magnitude of the pandemic has brought to the fore the serious inability of current international financial instruments to support meaningful access by SIDS to fiscal support to respond and recover from the impacts of climate change and the challenges arising from COVID-19.

“The longer it takes for Pacific Island countries to develop proposals that satisfy the stringent, complex and unduly onerous criteria set by international financial institutions to access resources, the more severe the challenges we face, also higher are the transaction costs for our countries to address the impacts of climate change and increase our resilience,” said Prime Minister Brown He said dialogue partners are a key bilateral and other innovative support for accessible financing, capacity building, technology transfer to enable Pacific innovation, and homegrown solutions to adapt and build resilience to the challenges posed by climate change. 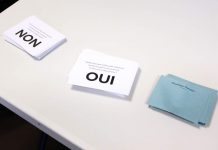 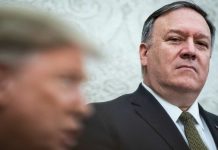 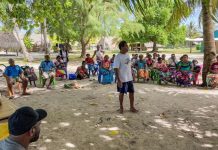 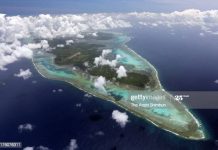