Australia now has the lowest levels of influence and authority in the south Pacific since the mid-1980s, despite out-investing China in the region at a rate of more than four to one, a top international relations expert says.

The University of Melbourne deputy vice-chancellor says if Australia is concerned about Beijing’s motives and activities, the Pacific Step-Up focused on countering China with infrastructure and security spending is not going to sway hearts and minds, and instead should focus on training people.

In a new paper for the Canberra-based think tank China Matters about what Australia should do in response to Chinese government activities in the south Pacific, Professor Wesley argues Australia must aim towards creating a “broad cadre of Australian alumni” across governments in the region.

“You don’t get much gratitude from infrastructure – you get ongoing gratitude from deep engagement in building human capabilities, human possibilities,” Professor Wesley told The Canberra Times.

Between 2010 and 2018 China promised to spend almost as much as Australia in regional aid investment, but spent just $1.76 billion compared with Australia’s $8.77 billion. Despite this disparity, the Pacific Step-Up “will not achieve its objective of forestalling growing PRC influence in the south Pacific,” he said.

Let China build bridges and roads, he said, as that was also good for the Pacific, and Australia and New Zealand could spend money on other needs with more influence.

“One of the things that many south Pacific countries are struggling with is governance capacity, the ability to draw on a cadre of well-trained public servants who are able to work systematically to build capacity across all fields of governance,” Professor Wesley said.

To assist with this, Australia needed to be bringing in significant numbers of people to study at secondary, vocational and university level, he said.

He urged the government to develop a comprehensive package that includes training young people and officials in their own country using online transnational education methods.

Australia’s Foreign Affairs department and Public Service Commission do fund international programs in the region “to improve their public sector leadership and governance”. A current job advertisement for the program says officials will be required to travel for the program once international borders reopen in 2022.

Pressing the potential threat from China was not effective at building influence, Professor Wesley warned.

“Most Pacific Island leaders refuse to buy in to claims from Australia – as well as New Zealand and the US – that the PRC’s growing role represents a threat to the region,” he wrote in the paper.

“Many are justly wary of Cold War manoeuvring as a prelude to neo-colonial interventions: in the words of the Samoan Prime Minister, ‘we are again seeing invasion and interest in the form of strategic manipulation’.”

Canberra’s challenge, he argues, is that it is “increasingly isolated” in the Pacific Island Forum despite being a member and its main funder, as the body has seen increasing levels of solidarity around concern for climate change, on which Australia is seen as “passive”.

Pacific nations have concerns about China’s hostility to Christianity, Professor Wesley said, but far less concerned about forced labour of ethnic Uighurs and other Muslim minorities in Xinjiang, about which Australia has raised “grave concerns”.

The paper recommends Australia join the South Pacific Tourism Organisation, and review its “restrictive” visa policies on Pacific Islanders’ travel to Australia, “which continue to create ill will”.

Australia should also drop mention of PRC concerns from its Pacific Islands policy, the paper states, and instead be ready to help Pacific Island countries “pragmatically deal” with a wider set of international partners, including China.

If Australia did not want to see expanded Chinese maritime bases in the South Pacific, it could change the discussion to maintaining a military-free region – including no bases owned by Australia or the United States.

“Once you allow these sort of maritime presences, it becomes a competitive process and the region becomes drawn into a Cold War-like set of rivalries,” Professor Wesley said.

The paper comes after Home Affairs secretary Mike Pezzullo said that Australia must prepare for regional conflict in a message to staff for Anzac Day, declaring the global “drums of war” were beating.

The paper urged changes to Australia’s Pacific approach to be less controlling of the islander nations, including:

Our journalists work hard to provide local, up-to-date news to the community. This is how you can continue to access our trusted content: 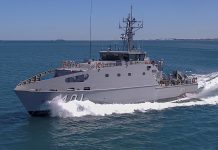 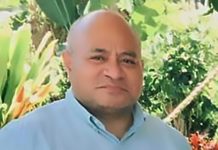 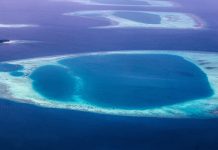 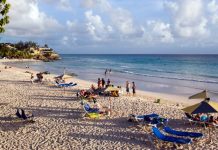