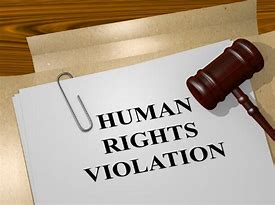 BEIJING – China on Friday issued a report on the human rights violations in the United States.

The report was released by the State Council Information Office based on published data, media reports and research findings.

Consisting of foreword and seven chapters, it detailed facts on human rights violations in the United States relevant to civil and political rights, social and economic rights, discrimination suffered by ethnic minorities, discrimination and violence against women, living conditions of vulnerable groups, and abuses suffered by migrants, as well as US violations of human rights in other countries.

Women in the United States still face systematic, broad and institutional discrimination, with shocking overt and covert gender discrimination in various forms, the report said.

Women in the United States were 21 times more likely to die by firearm homicide than women in peer nations, it noted, adding that sexual assault cases against women kept increasing.

Citing various media reports and public records, the Record of Human Rights Violations in the United States in 2019 said the increasing consolidation of wealth in the hands of a few has gone beyond what many Americans deem to be justified or morally acceptable.

In 2018, the richest 10 percent held 70 percent of total household wealth. The bottom 50 percent saw essentially zero net gains in wealth over the past 30 years, driving their already meager share of total wealth down to just 1 percent from 4 percent, who are literally getting crushed by the weight of rising inequalities, according to the document.

The basic trend of widening income gap in the United States is casting negative influences on the enjoyment and realization of human rights, said the report.

The main reason for this trend is structural, which is determined by the political system of the United States and the capital interests, adding that the US government not only lacks the political will to eliminate these structural causes, but also continuously introduces policies and measures to strengthen them.

In the United States, “the persistence of extreme poverty is a political choice made by those in power,” said the report, citing Philip G. Alston, United Nation special rapporteur on extreme poverty and human rights.

While some 39.7 million people living in poverty in 2018, the US Congress has refused to raise the federal minimum wage of 7.25 US dollars per hour for a decade.

In the meantime, the health gap between the United States and countries with the same level of development continues to widen, as 13.7 percent of US adults were uninsured at the end of 2018, up from 10.9 percent at the end of 2016, said the report.

Gun violence rampant in US

The lack of restraint in the right to hold guns has led to rampant gun violence, posing a serious threat to citizens’ life and property safety in the United States.

“The United States is a country with the worst gun violence in the world,” read the report, which was released by the State Council Information Office, based on data, media reports and research findings.

The number of mass killings in the United States hit a record high of 415 in 2019, with more than one happening for every day of the year, the report noted.

“Politics has led to a proliferation of guns,” the report said, noting that the manufacture, sale and use of guns in the United States is a huge industrial chain, forming a huge interest group. Interest groups such as the National Rifle Association made large political donations for presidential and congressional elections.

The intertwined drawbacks of party politics, election politics and money politics make it difficult for the legislative and executive authorities in the United States to do anything about gun control, only allowing the situation to deteriorate, according to the report.

Citing figures from US media, the report noted that the United States has far more guns than any other country and in 2017 the estimated number of civilian-owned firearms in the United States was 120.5 guns per 100 residents, meaning there were more firearms than people.

Immigrants suffer inhumane treatment in US

Decades of US intervention in its “backyard” Latin America directly led to the worsening of the immigration problems in the Americas.

In recent years, the US government had adopted increasingly strict and inhumane measures against immigrants, in particular the “zero-tolerance” policy which caused the separations of many immigrant families, the report read.

Many unaccompanied immigrant children were held in overcrowded facilities, without access to adequate healthcare or food, and with poor sanitation conditions, the report said.

It noted grave abuses at detention facilities for immigrants, including injecting them with sedatives, keeping them in handcuffs and depriving them of clothing and mattresses.

The frequent human rights violations of immigrants by the United States have been severely condemned by the international community, the report added.

US vulnerable groups living in difficulties

Tens of millions of US children, elder people, and disabled people live without enough food or clothing, and face threats of violence, bullying, abusing and drugs.

The US government not only has insufficient political will to improve the conditions for vulnerable groups, but also keeps cutting relevant funding projects.

While levels of extreme poverty worldwide had dropped dramatically, the poverty ratio of US children was about the same rate as 30 years ago, according to the report.

It also noted that one in four Americans with disabilities faced unique challenges in securing employment and establishing financial security.

Barrier-free environment in the United States is under poor construction, it added.

Ethnic minorities suffer from bullying in US

The political structure and ideology of white supremacy in the United States have caused ethnic minorities to suffer all-round discrimination in various fields such as politics, economy, culture and social life.

In essence, the United States is still a country of white Anglo-Saxon Protestants, where all other races, ethnic groups, and religious and cultural communities endure various levels of discrimination.

Since 2016, white supremacy in the United States has shown a resurgence trend, leading to racial opposition and hatred, said the report.

As a vestige of slavery and racial segregation, African American adults are 5.9 times more likely to be incarcerated than white adults, said the report, adding that racial inequality in the workplace and people’s livelihood have not improved.

The report said that occupational segregation and the persistent devaluation of workers of color are a direct result of intentional government policy.

In the meantime, race-related and anti-religious hate crime climbs to a higher level in the United States in recent years, said the report.

It also highlighted the infringement on the rights of Native Americans, who usually experience more deaths, poverty and higher unemployment rates.

US tramples on human rights in other countries

The United States was responsible for many humanitarian disasters around the world.

The United States had been engaged in wars in Iraq, Afghanistan, Syria and Yemen, causing enormous civilian casualties and property losses.

The United States hindered the International Criminal Court (ICC) from carrying out its duties to investigate the alleged war crimes committed by the United States, threatening the ICC staff with fund freeze and economic sanctions.

The economic embargo against Cuba and the unilateral sanctions against Venezuela imposed by the United States had been a massive and flagrant violation of the human rights of people in these countries.

The United States withdrew from several multilateral mechanisms, including the UN Human Rights Council and the UN Global Compact on Migration, shirking off its international obligations and making troubles to the international governance system.

Nauru: riches to rags to riches 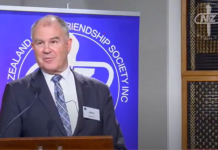 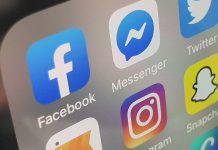 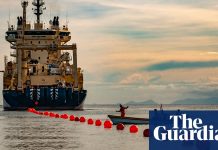 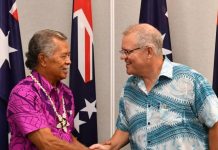