Australian police accessed the communications of top Chinese diplomats and named a Chinese consular official in a warrant as part of an investigation into political interference, in the months before a crackdown on Australians in China.

The ABC has uncovered explosive details of the highly sensitive investigation that has privately infuriated the Chinese Government in recent months as the Australia-China relationship has deteriorated into its worst crisis since the 1989 Tiananmen Square massacre.

The warrants identify Sydney Consul Sun Yantao, who is responsible for managing relations with the Chinese diaspora and pro-Beijing organisations.

Mr Sun was appointed to the Sydney consulate by the Overseas Chinese Affairs Office, which has been taken over by China’s foreign influence agency, the United Front Work Department (UFWD).

In a statement, the Consulate-General in Sydney said accusations it “engaged in infiltration activities are totally baseless and nothing but vicious slanders”.

“The Chinese Consulate-General in Sydney is committed to promoting friendly exchanges and pragmatic cooperation in various fields between the Chinese side and New South Wales,” the statement said.

The ABC can also reveal Mr Zhang has accused Australian authorities of breaching Australian and international law by intercepting his communications with China’s top-level diplomats and their families in Australia.

The complaints relate to searches of Mr Zhang’s computers and phones carried out by the ABF at Sydney International Airport in January and by the AFP during raids on his home, company and NSW Parliament in June.

The ABC understands his computers and phones contained a long history of emails, messages and records of calls with Chinese diplomatic and consular officials and some of their family members.

They included the most recent Sydney consul-general, Gu Xiaojie, and officials and families at the most senior ambassadorial level in Canberra.

The complaints accuse the ABF and AFP of breaching two of the most sacred international treaties enshrined in Australian law — the Vienna conventions on diplomatic and consular relations — which protect the communications of diplomatic officials.

Senior Australian officials have told the ABC they suspect the recent crackdown on Australian journalists in China was retaliation for the investigation, and they fear Beijing will take further actions against Australians and Australian interests if the AFP makes arrests.

The joint investigation by the AFP and Australia’s spy agency ASIO is one of the most significant in the organisations’ histories and is the first test of Australia’s foreign interference laws since they were introduced in 2018.

As a leader of some of Australia’s most influential pro-Beijing groups, Mr Zhang has made no secret of his close relationships with China’s embassy in Canberra and its Sydney consulate, and has boasted in media articles of his ties with Australia’s political elite.

Mr Zhang could face up to 15 years in jail if charged and convicted of foreign interference.

According to the search warrants, the AFP suspects he was part of a group of foreign agents who encouraged and helped Mr Moselmane to champion Chinese Government interests within the NSW Labor Party and to voters.

The AFP suspects Mr Zhang and his alleged accomplices broke Australia’s foreign interference laws, alleging they chatted with Mr Moselmane in a “covert” social media group and concealed they were collaborating with China’s leading espionage and foreign influence agencies.

The warrants authorised police to search for evidence of the plot in Mr Zhang’s communications with the MP and at least another seven people.

The warrants were issued in June when the AFP-ASIO Foreign Interference Task Force raided Mr Zhang and Mr Moselmane’s homes and offices, as well as NSW Parliament, to search for evidence linking them and their co-conspirators to the alleged political interference plot.

Ms Tao and Mr Li were among four journalists who left Australia after being questioned by ASIO on the day of the joint operation, in raids that were only revealed last week in a Chinese Government media blitz following questions from the ABC, which revealed they were under investigation.

The ABC last week revealed Professor Chen and a second leading Chinese academic had been banned from Australia because ASIO assessed them to be risks to national security.

Mr Zhang and Professor Chen have fiercely rejected the allegations. Mr Moselmane last month told the 7.30 program the AFP had advised him he was not a suspect in the investigation.

Mr Zhang is challenging the investigation and the foreign interference laws in the High Court.

Laptops seized and searched at airport

The raids were part of an escalation in activity by Australian authorities that has sent shockwaves through Australia’s pro-Beijing community and antagonised the Chinese Government.

One incident that sparked particular outrage was the Australian Border Force’s questioning of Mr Zhang and his family at Sydney Airport in January.

The ABC has learned the ABF accessed and searched the contents of the laptops and phones of Mr Zhang, his wife and their daughter on January 28, when they arrived from China after Lunar New Year.

Mr Zhang has sent complaints to Foreign Minister Marise Payne, Home Affairs Minister Peter Dutton and Attorney-General Christian Porter, alleging the ABF unlawfully downloaded his communications from his laptops and phones at the airport as part of the investigation.

The laptops and phones contained correspondence with top Chinese diplomatic and consular officials and some of their family members, who have immunity under Australian and international law.

Mr Zhang argues the search warrants may have been unlawful because the communications of diplomatic officials and their families are “inviolable” to Australian authorities under Australian and international law.

Diplomatic officials in foreign embassies in Canberra are also immune from prosecution, but there are fewer protections for consular officials, like Mr Sun, who is named in the warrants.

Consular staff can be prosecuted for alleged offences that fall outside their official functions and any unofficial correspondence can be intercepted by Australian authorities.

Mr Zhang and Mr Moselmane have also applied to have evidence seized in NSW Parliament deemed impermissible because they say the AFP warrants breached parliamentary privilege.

The Chinese consul named in the warrants, Mr Sun, has developed ties with Mr Zhang and Mr Moselmane while coordinating the mission of China’s foreign influence agency, the United Front Work Department (UFWD), in Sydney.

Mr Sun represents the Overseas Chinese Affairs Office of China’s State Council (OCAO), which is responsible for managing China’s global diaspora and was taken over by the UFWD in 2018.At midnight, Chinese State Security police knocked on ABC journalist Bill Birtles’ door.He realised he was no longer safe in China. Read Birtles’ account of the night he had to pack up his life and leave the country.Read more

Mr Sun is responsible for liaising with pro-Beijing groups that are aligned to the UFWD, like the Shanghainese Friendship Association which was until recently led by Mr Zhang and which counted Mr Moselmane as an honorary chairman.

Mr Zhang’s connection to the OCAO and his friendship with Mr Moselmane date back even further. The OCAO trained him in the art of foreign influence in a 2013 propaganda course in China.

The following year, Mr Zhang first wrote in his blog of his friendship with Mr Moselmane, which he said was helping China build its political influence.

“China’s power rises but its political influence overseas has yet to catch up, and still has room for growth,” he wrote.

“To strengthen our political influence, we must have more politicians like Shaoquett with pro-China sentiments to be our friends.

“Through these influential friends in Western society, China’s social and economic development is better understood and China’s cultural values are better accepted. Our views and stands will be more easily adopted, and the gap between East and West will gradually disappear.

“What makes me ashamed is that he [Mr Moselmane] has more Chinese cultural collections in his office than mine.”

Mr Moselmane made nine self-funded trips to China since he entered Parliament in 2009 and met there with Chinese Government officials.

Interviews and photographs published online also reveal both a personal and professional connection in recent years between Mr Moselmane, Mr Zhang and other targets of the police warrants.

In recent years, Mr Moselmane organised functions at NSW Parliament House, where he and Professor Chen gave speeches filmed by Chinese state-run media about the rise of China.

In 2018, Mr Moselmane attracted scorn from media commentators and fellow politicians when he told one of the functions: “The only way for China to reach its potential is for China to try its best to change the existing rules and create a new world order.”

Former foreign minister and NSW premier Bob Carr, a mentor to Mr Moselmane, also spoke at the events. He is not named in the warrants seen by the ABC and is not alleged to be a suspect.

The same month, Professor Chen interviewed Mr Moselmane in a filmed talk at his Australian Studies Centre at the East China Normal University in Shanghai.

In the interview, Professor Chen criticised Australia’s new counter-foreign interference laws, which were passed that year, while Mr Moselmane described scrutiny of Beijing’s influence campaign as a “witch hunt”.

Professor Chen, Mr Zhang and Mr Moselmane were part of a chat group on the Chinese social media platform, WeChat, which is attracting the scrutiny of the AFP-ASIO task force.

The two Chinese state media officials named in the warrants, Tao Shelan and Li Dayong, were also part of the chat group, which was self-named “FD” for “fair dinkum”.

In one article, the MP reportedly praised China for avoiding interference by foreign forces and condemned violent protests in Hong Kong.

The AFP alleges Mr Zhang and others who communicated in the chat group and “other fora … concealed from or failed to disclose to Moselmane that they were acting on behalf of or collaborating with Chinese State and Party apparatus”, including the UWFD and China’s leading spy agency, the Ministry of State Security.

The AFP warrants define the communications on the chat group since July last year as “covert”, potentially making them a crime under the foreign interference legislation.

Professor Chen and Mr Moselmane told the ABC the “FD” group was an innocent forum for sharing articles, speeches, jokes and memes, and to organise social outings.

Some were pictured at a Christmas dinner hosted by Mr Moselmane in 2018.

Mr Zhang’s legal team declined to answer questions from the ABC but said in a statement: “Mr Zhang denies any criminal wrongdoing concerning the matters that are being investigated.”

Professor Chen last week told the ABC the allegations against him were “simply preposterous”. 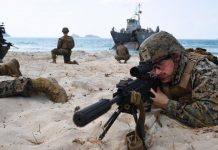 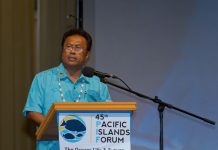 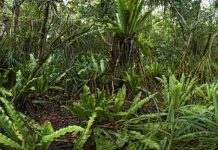 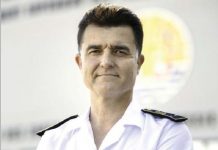