Australia’s bold recent efforts to check China’s influence are instructive for the U.S.

The Trump administration is engaged in an assertive campaign to stem China’s vast and sometimes secretive efforts to leverage its global presence for its own ambitious ends. But the U.S. is hardly alone in this laudable effort. The malicious and increasingly aggressive geopolitical initiatives of Xi Jinping’s Communist Party have also raised alarm in Australia, which is now diligently focused on the challenge.

Last week, the Australian government introduced its bold Foreign Relations Bill, a piece of legislation that would give Canberra the right to step in and annul agreements, many of them secret, that Australian universities and government entities make with overseas actors. Its purpose — to check Beijing’s influence across Australia — is only barely implicit: The bill would finally disclose the details of those investment agreements and research partnerships and give the Australian government the power to potentially cancel China’s controversial development projects associated with its Belt and Road Initiative, the ambitious global infrastructure plan Xi Jinping first unveiled in 2013.

The responsive rhetoric from Beijing has been ferocious. Last Tuesday, the Chinese Communist Party’s mouthpiece newspaper Global Times warned that Australia is on a course to becoming the “poor white trash of Asia.” China also has taken a number of escalatory diplomatic or economic actions of late: Last Monday the Australian foreign ministry announced that an Australian journalist had been detained in Beijing since mid-August, without charges or explanation; the Chinese telecommunications giant Huawei announced that it is withdrawing its sponsorship of the Canberra rugby team; and China announced last Wednesday that it will revisit entirely its subsidies on the Australian wine industry, which exports a third of its product to the Chinese mainland. Beijing has signaled that it is willing to consider even more aggressive measures on Australian markets if necessary. Australian prime minister Scott Morrison’s case for simple veto power over China’s influence in Australia grows stronger by the day.

That power could not come quickly enough. The Australian Foreign Relations Bill follows a series of China-related free-speech controversies at Australian universities, including an imbroglio at the University of Queensland this summer in which student activist Drew Pavlou was attacked repeatedly while demonstrating on campus in support of Hong Kong. The university charged Pavlou with eleven misconduct allegations and then suspended him for two years, an unusually harsh punishment that was later reduced after charges of bias. His assailants, who attacked him as the Chinese national anthem played in the background, were never found despite being recorded on video, and China’s consul-general in Brisbane publicly commended the attack.

Not coincidentally, the University of Queensland has offered several classes directly funded by China and also hosts one of Australia’s many China-funded Confucius Institutes, which have been criticized globally for their role in advancing propaganda aligned with the CCP. In the U.S, the Trump administration has vowed to close 75 such Confucius Institutes and over 500 “Confucius Classrooms” for K-12 students by the end of the year.

But Australia is facing a network of considerable influence that stretches beyond its universities. For months, Morrison has been on a collision course with Beijing as he attempts to untangle his country’s worrisome ties with the CCP. Tensions have been rising between the countries at least since 2018, when the Australian government banned Huawei and another Chinese telecom company, ZTE, from building the country’s future 5G networks — a sensible decision that the New York Times allowed Huawei to directly criticize in a “paid post” op-ed.

In April, Morrison joined the U.S. in calling for an independent inquiry into the origins and spread of the coronavirus and international response to it. Although the draft resolution Australia ultimately introduced to the World Health Assembly did not even contain the word “China,” it still drew howls from Beijing, which imposed an 80 percent tariff on Australian barley exports, a billion-dollar enterprise, that same month. With China’s trade restrictions and additional threats made in response to the Foreign Relations Bill, the message from the Chinese is very clear: Criticize or challenge us politically and your pocketbook will suffer.

And Australia has undoubtedly suffered. Though only recently begun, China’s economic pressure campaign, coming on top of the economic pressures from the global pandemic, is proving costly. Having famously dazzled the world by surviving the 2008 financial crisis better than virtually any other nation, Australia is now facing its first recession in nearly three decades.

Australia is one of the first middle powers closely tied to China to truly step back, reevaluate, and draw a line in the sand on Chinese influence. Beijing, in response, is attempting to make an example of them and send a message to the others: Our influence is not reversible. Shut up or pay up. This is the coercive logic that defines China’s relationship to Australia and to the 70 nations currently engaged in China’s Belt and Road Initiative.

There are important lessons to be found here for the U.S. China has played in the democratic sandbox of Australia and New Zealand for years, learning how academia and public debate can be molded in these open societies to serve Chinese interests. Beijing has seen how its diplomatic and political resources can be leveraged to deliver desirable outcomes throughout Western culture and civil society, even in a micropolitical space such as a university student body. The tactics learned in Australia, from the Confucius Institutes to Chinese government–coordinated student organizations and counterprotest groups, are being replicated in the U.S. today.

China also has learned how to deploy its considerable economic resources to deliver long-term gains across the globe, and American leaders have bought into China’s game. In 2011, even as Vice President Joe Biden was saying that “a rising China is a positive, positive development . . . for the world writ large,” the Chinese Communist Party was using loans and financing schemes to establish debt traps for developing nations across Asia and Africa that would allow China to take control of critical infrastructure. In Australia, China learned that creating dependence in even just a few critical sectors is enough to make trade connections — and therefore their influence — virtually unbreakable. The provincial government of Victoria, whose Belt and Road memorandum of understanding served as part of the impetus for the Australian Foreign Relations Bill, has accused the Morrison government of “vilifying” China for this move. No doubt Morrison will receive many calls for relief in response to China’s economic assault on Australian barley farmers and winemakers.18

China is well prepared to navigate such confrontations and to weather almost any criticism to achieve its ends. Like the U.S., Australia once wrongly felt that it could partner with the CCP. Australian prime minister Kevin Rudd said in a 2008 speech at Peking University that he wanted his country to be China’s zhengyou — a friend who can dare to disagree, or to tell uncomfortable truths. But China did not want a zhengyou; it greatly disliked Canberra’s constant public complaints over its treatment of Tibet then, as it dislikes them about Hong Kong now. It has demonstrated no tolerance for truth-seeking, for example, about the extent of its responsibility for the spread of the coronavirus. Beijing wants compliant partners who are willing to unquestioningly follow its lead in the international arena and to remain silent in the face of its global aggressions and domestic human-rights abuses, including its persecution of the Uyghurs. Such compliance is what it expects now from Australia.

As the U.S. enters a new chapter of confronting an aggressive, abusive, and often dishonest China, Australia’s experience should be instructive. If the U.S. attempts to revise existing arrangements or change the status quo, Beijing will respond by making those changes exceedingly uncomfortable and costly. China has proven more than willing to extort its so-called partners to achieve geopolitical compliance. But this does not mean that we cannot or should not display the necessary gumption, as Morrison is now doing. A China that grows in global and economic power will make what seems difficult today nearly impossible tomorrow. 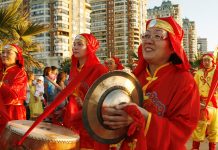 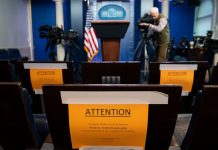 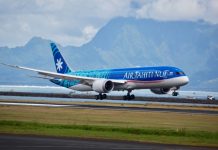 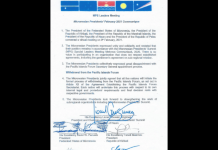