In New York this September, the High-level Dialogue on Energy will be convened by the Secretary-General of the United Nations at a summit level. In the first global energy meeting under a UN mandate since the 1980s, world leaders will decide how to accelerate the energy-related targets of the 2030 Agenda for Sustainable Development. Pivotal in the transition to sustainable energy, the Asia-Pacific region will play a key role towards global progress. The region is responsible for half of the world’s energy consumption and half of global greenhouse gas emissions. Its diverse energy systems are shaped by resource availability, economic development, geography, climate and history. Likewise, the pace of progress towards the SDG 7 targets varies between countries.

To better understand the region’s progress, ESCAP issued a policy brief examining how countries of the region are progressing towards SDG 7 targets on energy access, renewable energy and energy efficiency. The results show a mixed picture – despite some successes, more work needs to be done to accelerate progress and put the region’s energy transition on a firmer footing.

Access to electricity is an important step – bringing opportunities for heating, cooling, modern telecommunications and health services. Among the SDG 7 targets, this is where the Asia-Pacific region has made the greatest strides: the regional electrification rate reached 96.6 per cent in 2019. Overall, the number of people lacking an electrical connection dropped from 545 million in 2010 to 157 million in 2019, despite continued population growth.

In contrast, the region’s progress in increasing access to clean fuels and technologies for cooking is modest, but with great variability between countries. Clean cooking now presents one of the great challenges to achieving SDG 7 in the Asia-Pacific, with only 65 per cent of the population enjoying access to clean cooking fuels and technologies. While the number of those without access has reduced over the past decade, with the current rate of progress, universal access will not be reached by 2030.

Poor indoor air quality in 2016 contributed to an estimated 2.8 million premature deaths in Asia and the Pacific. Moreover, women and children often bear the additional burden of fuel gathering, reducing the time available for education and livelihoods. ESCAP undertook a systematic review of the impacts of clean cooking and improved cooking interventions on clean cooking adoption outcomes and health impacts, and summarized its recommendations in a policy brief. This research highlighted the political and financial efforts needed to realize universal access to clean cooking, and the need to integrate clean cooking targets into national plans and strategies.

Increases in the use of renewable forms of energy support multiple development objectives, including lower carbon emissions, cleaner air and improved public health outcomes from reduced exposure to pollution. Investments in renewables create almost three times as many jobs as investments in fossil energy sources.

As a proportion of total final energy consumption, the share of modern renewable energy (excluding traditional biomass) is rapidly rising, reaching more than 8.5 per cent in 2018. The largest gains are seen in the power sector, where in 2018 the renewable share of total electricity output was 22.1 per cent, having grown steadily from 16.1 per cent in 2010. Innovations in renewable energy technologies and applications are further expanding its potential, with great strides being made in improvements to hardware efficiency, applications of blockchain technology for efficient peer-to-peer energy trading and virtual power plants, and steps towards a future green hydrogen economy.

Countries in Asia and the Pacific are demonstrating global leadership in their strong commitment to and delivery of energy access, energy efficiency and renewable energy. China, Japan and the Republic of Korea have recently adopted zero net emissions targets to be achieved by 2050. As the Paris Agreement and this year’s COP26 meeting in Glasgow, United Kingdom turn the world’s focus toward decarbonization, new technologies and approaches are emerging alongside new ambitious targets. It will take ongoing efforts to achieve the global climate targets and the Sustainable Development Goals, and the Asia-Pacific region can play an important role in driving energy sustainability and leading this work. 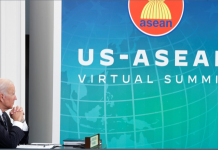 US to Develop ‘Indo-Pacific Economic Framework’ 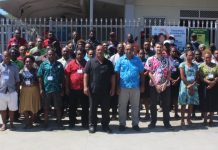 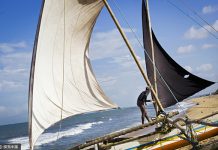