The geopolitical gods seem to be conspiring against the United States’s efforts to reshape its global strategy by focusing on the Asia-Pacific region. The Biden administration came out with its new Indo-Pacific strategy on February 12, just as things were going south in Ukraine, compelling the US to focus sharply on Russia and Europe once again.

Just how things will work in Europe is not clear, but the Ukraine toothpaste cannot be easily shoved back into the tube. In other words, we are in for a period of extended tension between an insecure Eastern Europe, backed by the US-led NATO, and an insecure Russia.

The new US Indo-Pacific Strategy (USIPS) document has pointed out that the Biden administration’s approach is a part of the continuum that originated in the “pivot” or “rebalance to Asia” strategy of the Obama administration. That policy ran aground on the shoals of West Asian geopolitics. That the policy is aimed at containing or constraining the rise of China is obvious, but it is mostly left unsaid in public documents and statements.

In 2010, erstwhile secretary of state Hilary Clinton’s address to the Association of Southeast Asian Nations (ASEAN) Regional Forum in Hanoi had affirmed American interest in the freedom of navigation, opposition to coercion and its support for negotiated settlements in the region. This was followed by her article on ‘America’s Pacific Century’ in Foreign Policy magazine in 2011 where she spoke of the pivot of American foreign policy to Asia. 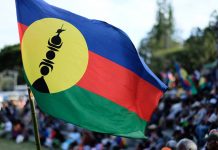