Ships participating in exercise Valiant Shield 2020 steam in formation while E/A-18G Growlers and FA-18E Super Hornets from Carrier Air Wing (CVW) 5, a P-8 Poseidon assigned to Commander Task Force 72, and U.S. Air Force F-22 Raptors and a B-1B Bomber fly over the formation. Valiant Shield is a U.S. only, biennial field training exercise with a focus on integration of joint training in a blue-water environment among U.S. forces. This training enables real-world proficiency in sustaining joint forces through detecting, locating, tracking and engaging units at sea, in the air, on land and in cyberspace in response to a range of mission areas. (U.S. Navy photo by Mass Communication Specialist 3rd Class Jason Tarleton)

The eighth iteration of exercise Valiant Shield concluded Sept. 25 following 12 days of joint operations at sea, in the air, on land, and in cyberspace.

During the exercise, more than 11,000 Soldiers, Marines, Sailors and Airmen synchronized to train in a real-world environment to demonstrate their readiness to respond to any contingency at a moment’s notice.

“Valiant Shield is the perfect opportunity for the U.S. military to come together in a high-end training, joint environment to ensure the United States military maintains our competitive advantage,” said U.S. Navy Rear Adm. James Aiken, Valiant Shield 20 director. “More importantly, this exercise assures our allies and partners that we take securing peace and stability in the Indo-Pacific region seriously.”

“The SINKEX provided unique, high-end, tactical training for our air wing aviators,” said U.S. Navy Capt. Michael Rovenolt, Carrier Air Wing 5 commander. “The experience gained by our crews can only be achieved with live fire events like this one and cannot be replicated through simulated engagements.”

For the SINKEX to be a complete success, following environmental and animal protection measures is a must.

Prior to the exercise, a survey verified there were no humans or marine mammals in the area.

The work was then inspected and certified in accordance with Environmental Protection Agency requirements. The SINKEX occurred at least 50 nautical miles from land and sank at least 6,000 feet deep in compliance with regulations.

“This was our opportunity to highlight to our allies and partners that we are dedicated to a free and open Indo-Pacific, while also showcasing our warfighting potential to our near-peer adversaries,” said U.S. Air Force Col. Brian Baldwin, 36th Air Expeditionary Wing commander and Valiant Shield Air Component director.

In addition to the SINKEX, the exercise tested operating in different domains. For the first time ever, the Army validated the Multi Domain Task Force during this exercise.

While Valiant Shield is a training exercise held biennially in a real-world environment, the 2020 exercise was scaled down from previous years due to the global COVD-19 pandemic.

“We are determined to uphold our commitments to our allies and partners in order to preserve the security of our nation and the peace and stability of the Indo-Pacific. We cannot do that if we don’t train,” said U.S. Air Force Brig. Gen. Jeremy Sloane, 36th Wing commander. “We synchronized our medical and public health professionals within the exercise planning to ensure we kept military members, families, and the local communities safe, while still accomplishing those joint training objectives.”

While the exercise is typically held in Guam, this year, a contingent of servicemembers operated from Joint Base Pearl Harbor-Hickam to minimize the footprint. Servicemembers were either required to quarantine for 14 days and arrive via military air or arrive via commercial air and quarantine for 14 days. Prior to participating in the exercise, all service members were required to test negative for COVID-19.

All participants were only authorized to travel to work and their hotels to further mitigate the spread of the virus. Furthermore, all participants followed Centers for Disease Control guidance such as wearing face masks, social distancing, frequent hand washing, daily temperature checks and single points of entry, identifying all close contacts, and sanitizing workspaces. 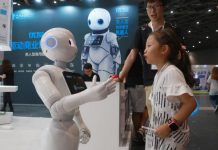 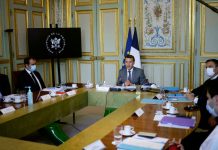 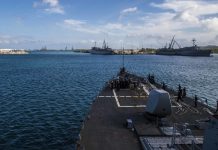 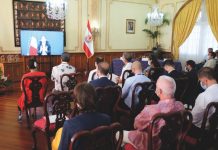