Recently the Quad meeting took place in Washington, DC. The meeting appeared significant not only because the group is seen as a counterbalance to rising Chinese assertiveness in the Indo-Pacific region, but also because of the group’s emphasis on peace and harmony among the states of the world.

The Quad represents four democratic countries – India, the US, Japan, and Australia. Though it has been active for some years, its presence is more significant in recent months. China has expanded its sphere of influence in the Indo-Pacific aggressively. Despite its official proclamation of peaceful and harmonious rise, its policy towards its neighbors is neither peaceful nor harmonious. Though it claims that it follows the Confucian principle of benevolence, in practice China has given the principle a twist in which realpolitik concerns and relative gains have topped moral considerations.

The transformation of Asia-Pacific into Indo-Pacific happened about a decade ago when the Obama administration actively turned its focus on the region. The change recognized the pivotal role of India in promoting a democratic culture of dialogue and negotiation in the region. Chinese assertiveness and undermining of democratic values, and rising authoritarianism could be well in the mind of the Quad leaders. China’s authoritarian political system coupled with its capitalist economy might have vaulted it as the major power in the region, but its aggressive policies in the surrounding seas and border conflicts with neighbors including India have become more prominent. Last year at the Galwan valley, India lost 20 soldiers due to clashes with China. Japan has a historical and geopolitical conflict with China, hence its concern regarding the aggressive posturing of China is obvious. This concern has pushed another Quad member, Australia, to sign a submarine deal with the US recently.

At the recent meeting of the Quad leaders, Australian Prime Minister Scott Morrison pointed out that the goal of the Quad members is to see the Indo-Pacific region, “free from coercion, where the sovereign rights of all nations are respected and where disputes are settled peacefully in accordance with international law.” From this statement, one could glean the major goals of the Quad members. They all want a peaceful Indo-Pacific. The region hosts some of the major routes including the Malacca Strait for international trade. China’s ‘pearls and strings’ policy, implying surrounding rival countries with military presence has caused concern. Also, its policies of suppressing dissent violently in the areas like Hong Kong, Tibet, and Xinjiang indicate that China does not support democratic movements. The Quad members, which are democracies, have emphasized peaceful resolution of conflicts. The member countries also emphasize the role of international organizations like the United Nations, but China appeared to be averse to the ideas of international mediation. Its bonhomie with unstable states like Pakistan and North Korea has jeopardized prospects of international peace.

Debidatta Aurobinda Mahapatra has a doctoral degree from the McCormack Graduate School of Policy and Global Studies at the University of Massachusetts Boston, USA. His areas of interest include contemporary Asian politics, peacebuilding, and India. He was a Charles Wallace India Fellow at the Queen’s University at Belfast in 2010. He was a recipient of the Scholar of Peace Award (New Delhi, 2007) and the Kodikara Award (Colombo, 2010). His publications include Conflict Management in Kashmir (Cambridge University Press, 2018), Gandhi and the World (Lexington, 2018), and Conflict and Peace in Eurasia (Routledge, 2013). He is a Professor of Political Science at Florida State College at Jacksonville. LESS

Full text of Xi’s remarks at Session I of G20 summit... 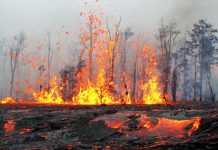 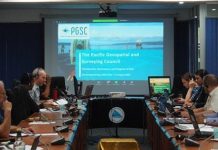 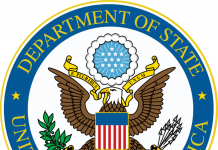