Succumbing to the facility of hasty interpretations, one part of the international media described the two French naval presence activities in the South China Sea, a recent one and the next one in a near future, as acts of provocation, challenge against Peking or going to raise anger from China.

At the beginning of February 2021 the Marianne mission composed with the nuclear attack submarine Emeraude and its support ship Seine, made “a passage” through the South China Sea. Contrarily to any expectation China did not say anything, at least publicly. And nobody knows how this question was dealt with at the diplomatic level. And only the teams of the two ships could be able to say if they were tracked and monitored by one or two Chinese coast-guards ships during their travel.

Later, as a leg of its three months training mission for junior officers, Jeanne d’Arc mission, made up of the amphibious assault helicopter carrier Tonnerre and its sister ship the frigate Surcouf, is planned to sail twice in the South China Sea with, on its way on, two port calls in Vietnam, at Cam Ranh and Haiphong before joining the US and the Japanese navies for a common training in the Philippines Sea. And on its way back to France the group will cross the South China Sea.

First of all and above any other consideration, all these French navy movements are normal and usual navigation operations in international waters, in Ocean commons, in whole accordance with the international Law of the Sea.

Therefore all these actions of presence must not be wrongly interpreted as provocation, confrontation or defiance towards China. France has no wish to wage war against China. The only fundamental purpose of these movements is to signify that France is firmly attached to the inalienable principles of the Law of the sea and to those of freedom of navigation all over the Ocean commons. The South China Sea, the East China Sea and Taiwan Strait, beyond the strait baselines that delineate the territorial seas of the different bordering territories, Vietnam, Malaysia, Indonesia, Brunei, Philippines, Taiwan, Japan, South and North Korea, all belong to the Ocean commons, all are international waters legally opened to the free international navigation, be it civilian or military. But it happens that China does not see that reality in such a way even though it ratified the Convention on the law of the Sea (UNCLOS) on May 15, 1996 and if its claims, which roughly covers 80 to 90% of the South China Sea, have been declared illegal by the Permanent court of arbitration (PCA) in The Hague on July 12, 2016. More precisely the sentence writes that the nine dashed line, inside which China enshrined its claim under the naming Nanhai Zhudao (Island group of the South Sea), “has no legal effect”. But China has denied that the Court, manned by five international judges, strictly chosen under the international law and procedures, that is to say under article 287 and annex VII of UNCLOS, has been incompetent. Consequently Peking declared invalid the PCA ruling and therefore continues considering Nanhai zhudao as a sea “under its jurisdiction” and behaves there as if it is in its territorial sea.

Departing from such contradictions, there is forcibly a line of confrontation between the Chinese interpretation of the Law of the sea and the global common interpretation, between China which wants to impose its own law over the seas it shares with the other neighboring countries and all the other nations which genuinely abide by the Law of the sea. Therefore the latter ones cannot be wrong when, according to the UNCLOS, they want to exert their rights of freedom of navigation in the East and South China Sea and in Taiwan Strait. It is not to those nations to adapt themselves to the Chinese will but it is to China to abide by its ratification of the UNCLOS and not to want to change those Ocean commons that the two China seas are into Chinese lakes.

Considering the configuration of the archipelagic outskirts of the two seas, we however could understand that China may feel prisoner of geography, a geography which compels its navy, the People’s liberation army navy (PLAN), to transit through the multiple straits that pierce those archipelagic lines that Ryukyus, Philippines, Indonesia are, before its ships can reach the Pacific Ocean. The problem is particularly acute for its ballistic missiles submarines (SSBNs) between their exits from their home ports of Sanya, South East of Hainan Island, up to Bashi Strait, between South of Taiwan and the northern part of Philippines, two areas where the SSBNs could be easily spotted by hostile forces detection means. This is the only reason, not claims over islander territories, not oil, not fishing, why China is remaining so irreducible in its will to “sanctuarize” the South China Sea. Its wish is to become able to forbid the entrance of that sea to any foreign ship which might have the capability to detect its SSBNs during their transit from Sanya to the high sea.

All these preceding fundamental considerations must not however hide the other reasons why the French navy operates activities in Indo-Pacific. As everybody perfectly knows, France, through its territories in Indian and Pacific Oceans, has interests and responsibilities in assuming their protection. And it is quite normal that it cooperates with different countries all over the area to ensure the overall security there. But that does not mean that these activities are turned against China or any other country, nor that means that France is going to integrate a formal coalition such as NATO, even if some NATO countries are already pushing for that, as Canada and Germany do. But make it clear that except France, UK, Netherlands and Portugal, not a single other European country has a historical past and experience in this huge Indo-Pacific area. Participate in QUAD as a forum of discussions and exchange is beneficial for any participant. But there is no need for QUAD to be coalesced into a military coalition and be changed into a Pacific NATO. The multinational exercises in which Jeanne d’Arc mission will participate will show that there is no need to be constrained within a coalition to manage the interoperability of the different means in frontline and to manoeuver harmoniously altogether, as the French navy already showed that in several occasions, be it in the Indian or the Pacific Ocean.

*Exclusively written under the author’s own name and responsibility 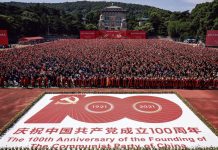 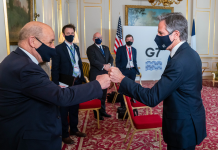 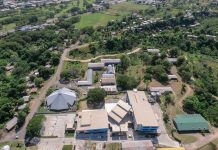 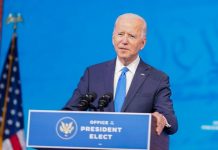