U.S. Navy aircraft and ships with the Reagan Carrier Strike Group conducted an air power demonstration over the Philippine Sea Tuesday that came hard on the heels of a war of words between Washington and Beijing.

The Antietam took part less than a week after sustaining a small fire that resulted in minor injuries for 13 sailors.

The air power demo also came less than a week after the Reagan CSG joined forces Sept. 25 with the amphibious assault ship America and its expeditionary strike group, including the 31st Marine Expeditionary Unit, in the Philippine Sea Sept. 25, to conduct U.S. 7th Fleet operations in support of a free and open Indo-Pacific.

The two large operations add to the continuing messages to China that the U.S. is determined to preserve the freedom of the seas, including freedom of navigation operations in the South China Sea, and to support allies in the region in the face of Chinese aggression.

The repeated incursions on Sept. 18 and 19, came from multiple directions and involved a combination of sophisticated fighter jets and heavy bombers, CNN reported.

China’s man-made islands atop atolls in the the South China Sea, and its claims of a wide swath of of the sea as its own, have been a source of friction for years. In response, the U.S. has carried out as series of freedom on navigation operations near those islands.

On Sunday, State Department spokesperson Morgan Ortagus accused China of pursuing “a reckless and provocative militarization” of disputed outposts in the South China Sea’s Spratly Islands, adding that China’s ruling Communist Party “does not honor its words or commitments.”

Chinese foreign ministry spokesperson Wang Wenbin responded Monday by saying U.S. military actions have made it “the biggest threat to the peace and stability of the South China Sea.”

The Chinese government has sought to legitimize its claims to territory in the South China Sea since 2009, according to a report published in January by the Rand Corp. Strategies have included buildup of military forces, construction of outposts in the Spratly and Paracel Islands, and increased patrolling in the area.

China has yet to permanently deploy forces to its forward-located bases in the South China Sea. “But given the breathless advances in Chinese militarization of the SCS over the last nine years, doing so seems inevitable and raises concerns amongst senior US military leaders,” the Rand report stated.

Wang said China is entitled to proceed as it sees fit on the South China Sea islands, especially when it comes to exercising its right to self-defense. Infrastructure on the islands also benefits the world, he said.

“The international community and regional countries must be highly vigilant and resolutely oppose the sinister plot of some U.S. warmongers to sow chaos in the South China Sea and East Asia,” Wang said. 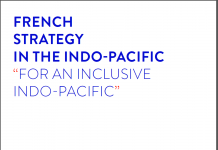 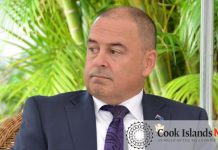 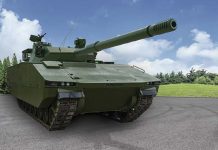