He noted, in an address this week to the three-day virtual Modern Day Marine conference, that a new threat environment forces the Marine Corps to be spread across a wider area. Marines have been stationed in Japan and South Korea since the start of the Korean War in the early 1950s, but the threat from China forces a manpower examination, he said.

“I know we are taking a look at the posture of U.S. forces in the Pacific,” Berger said. “They were well-designed and well-crafted, pointed from California to Japan like an arrow at the Korean Peninsula to make sure that if there was another problem on the peninsula we’d be well positioned to handle it. It’s not a good laydown for 10 years from now or 20 years from now. We need to look at it again.”

“We have to spread out,” he added. “We have to factor in Guam. We have to have a dispersed, distributed force laydown in the Pacific that allows us to work with all the allies and partners in the region and deter countries like [China] from asserting themselves in a manner that tries to rewrite all of the global sort of norms that’s been well-established for 50, 60, 70 years.”

Berger’s call for change can be traced to his 2019 Commandant’s Planning Guidance, a document calling for increased integration with the Navy in the Indo-Pacific region and a retooling by the Marines for a potential clash with China. Navy and Marines officials have promoted naval integration since the paper’s publication.

The U.S. military presence in the region is currently concentrated in Japan. A Navy aircraft carrier, cruisers and destroyers, and the Navy’s forward deployed amphibious fleet operates from bases in Japan.

The III Marine Expeditionary Force is located on Okinawa, the Japanese island situated halfway between the Japanese mainland and Taiwan, and about 18,000 Marines are currently deployed throughout Japan.

The Pentagon’s “China Power Report” to Congress in 2020 noted increases of China’s ability to attack targets in Japan and Guam, and analysts have questioned the concentration of U.S. troops in Japan and South Korea. 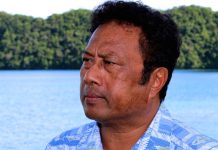 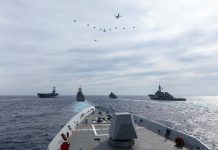 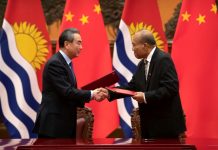 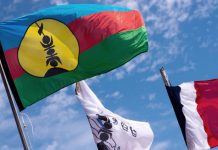