WASHINGTON — Lumen Technologies, a provider of fiber network, cloud and cybersecurity services, will proceed with work on a U.S. Department of Defense networking and communications contract worth as much as $1.5 billion, after rival Verizon pulled its protest of the award.

The Pentagon’s Defense Information Systems Agency first announced the award of the contract, known as Indo-Pacific Transport Services, to Lumen in August. A protest of the decision was withdrawn the following month, Government Accountability Office records show. The GAO rules on federal bid protests, appropriations law and other legal matters.

Under the 10-year indefinite delivery, indefinite quantity arrangement, Lumen will furnish high capacity, end-to-end communications services, including internet, ethernet and wavelengths, in the Indo-Pacific, home to U.S. Indo-Pacific Command and some of the world’s largest militaries and ports.

IDIQ contracts provide for a number of products or services over the course of a predetermined timeframe. They are frequently used by the federal government, as they are thought to streamline the procurement process.

Harris reaffirms pivot to Indo-Pacific as US exits Afghanistan 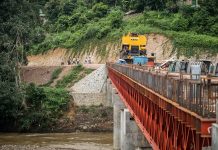 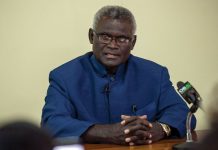 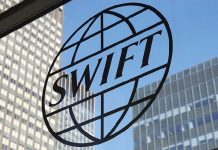 China can break SWIFT sanctions but at a high cost 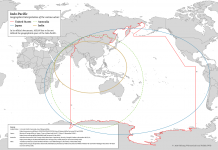