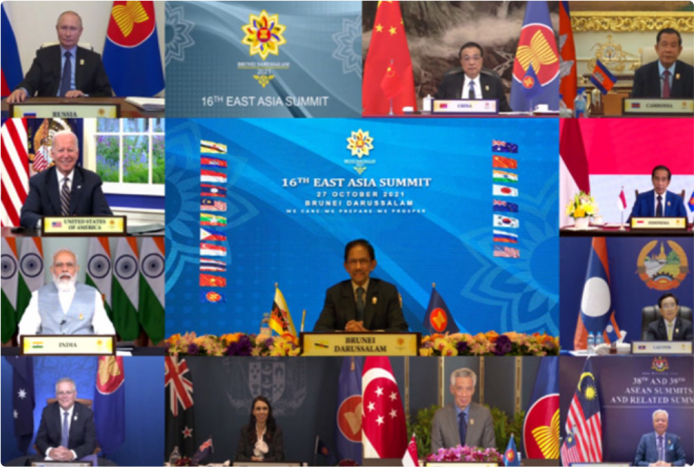 India’s positive role in the region was also highlighted during the India-Asean Summit.

It was a busy last month in the Indo-Pacific. In the span of a few short days, global leaders convened for the annual Asean and East Asia Summits, chaired by Brunei. These summits, long the focus of major foreign policy action in Southeast Asia, took place against the backdrop of the still-raging Covid-19 pandemic, heightened rivalry between the United States and China as well as the Aukus nuclear submarine pact. The controversy surrounding the exclusion of Myanmar’s military junta also loomed large over the summit.

To begin with, the evolving global US-China rivalry spilled over into the summitry. President Joe Biden’s remarks made clear that Washington sees Southeast Asia as a key theatre of its Indo-Pacific competition with China. After four years of inactivity under President Donald Trump, Mr Biden promised that Asean nations could “expect to see me showing up and reaching out to you.” Further, Mr Biden moved to counter China’s sizeable influence in the region by announcing a $100-million initiative to boost America’s presence through investments in healthcare, climate change and economic recovery assistance. Mr Biden also singled out China’s actions in Taiwan for criticism and termed them “coercive” and a threat to regional stability. Not to be outdone, China’s Premier Li Keqiang announced a $3.1- million programme to purchase medical relief supplies for Asean nations. He also shot back at Mr Biden’s accusations of Chinese coercion in the South China Sea and urged the Americans to cease their support for pro-independence groups in Taiwan. China also announced that it would seek a special summit with Southeast Asian nations in November that would upgrade China-Asean ties to a comprehensive strategic partnership.

President Joe Biden’s remarks made clear that Washington sees Southeast Asia as a key theatre of its Indo-Pacific competition with China.

Australia also showed up to the party in a big way by announcing a $93-million economic package that would fund action on climate change, Covid-19 relief, transnational crime and terrorism. Australian Prime Minister Scott Morrison took the lead in reassuring jittery powers in the region that the recently concluded Aukus nuclear submarine pact was not a threat to stability. However, Asean remains split down the middle. While Indonesia and Malaysia have expressed concern at the prospect of an evolving arms race in the region, other players like Singapore, Vietnam and the Philippines have been more positive. Despite Mr Morrison’s assurances, the fact that joint statements from the summits contain no references to Aukus points to deep divisions in the region. 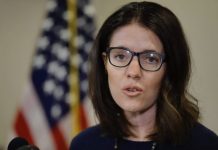 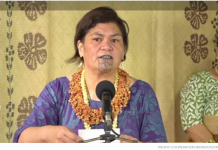 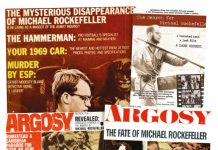 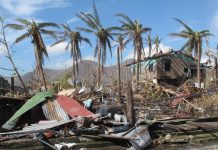