Senior officials of the Quad security dialogue partners – India Japan, Australia and USA- met virtually on 25 September where they discussed a host of “issues on regional and global issues of concern”, underscoring the importance of enhancing the resilience of supply chains and sharing best practices on combating the pandemic.

The Quad countries should enhance their cooperation on submarine detection and tracking in the Indian ocean through the installation of sound surveillance sensors on their islands and territories.

Senior officials of the Quad security dialogue partners – India Japan, Australia and USA- met virtually on 25 September where they discussed a host of “issues on regional and global issues of concern”, underscoring the importance of enhancing the resilience of supply chains and sharing best practices on combating the pandemic. This meeting was a follow-up of the official level discussions in November 2019 and the ministerial engagement of September 2019, where ongoing and proposed cooperation on infrastructure development, cyber and maritime security and stability in the Indo Pacific were dominant themes. All eyes are now on the ministerial meeting of the Quad on 6 October in Tokyo.

These developments come against the backdrop of unprecedented Chinese aggression in the South China Sea, around the Senkaku islands, the Taiwan Straits, the Western Pacific and Australia and the Line of Actual Control on the Sino Indian border. The rules-based order, and a free and open Indo Pacific which the Quad countries aspire for has been seriously challenged. A divided ASEAN is unable to put up a united front. In the disputed waters of the South China Sea, freedom of navigation is restricted, fishing is disallowed at will, and questions are raised on legitimate territorial claims of countries under the UNCLOS. Although the Quad is not targeted at any particular country, China has opened fronts against all its members. A pushback is therefore a logical outcome.

Doubts have been raised on the efficacy of the Quad, which is just a consultative mechanism, but it has already served the limited purpose of political signalling while improving coordination among major maritime powers in the Indo Pacific. The grouping has been able to work effectively in an expanded framework of Quad plus (with the inclusion of Vietnam, South Korea and New Zealand) to coordinate policies and responses with regard to the pandemic at the foreign Secretaries level. In recent weeks there is enhanced interest from countries like France, Germany and UK who have come up with their own versions of an Indo Pacific strategy to work with likeminded countries of the Quad in maintaining a rules-based, free and open Indo Pacific. The Quad has repeatedly expressed its desire to work with the ASEAN keeping ASEAN centrality in mind.

The Quad can be expected to support a Resilient Supply Chain Initiative (RSCI) proposal for the region but this would require the participants to put aside necessary financial incentives, agree on preferential investment rules, tariffs specific to these products, quality standards, rules of origin, data flow rules, and mechanisms for settling disputes. Efforts will continue for the creation of an alternative to the Chinese BRI by pooling resources for infrastructure projects. A few model projects as capability demonstrators will set the tone. If India joins the Blue Dot Initiative, it could promote Quality Infrastructure, provided it actually works out a concrete corpus for funding projects rather than just setting standards.

In future, the Quad can be expected to move closer on issues like maritime domain awareness, logistics and interoperability with the added dimension of space-based information pooling. The Quad countries should enhance their cooperation on submarine detection and tracking in the Indian ocean through the installation of sound surveillance sensors on their islands and territories. Quad members would also do well to strengthen their intelligence and information exchange, which remains patchy, and based largely on existing alliance systems. Strengthening cooperation in new technologies like sonars, radars and over the horizon intelligence, Artificial Intelligence in the military domain and surveillance technologies is a promising area of cooperation, and the need of the hour. Over the longer term, the Quad can be expected to continue to work with ASEAN in the areas of the blue economy, white shipping agreements, coastal surveillance, the building of offshore patrolling capabilities, maritime exercises, hydrographic services, and information sharing for increased maritime domain awareness.

(The author is a former Secretary (East) and has served as Ambassador to Italy, Thailand, Oman and Poland. Views are personal.) 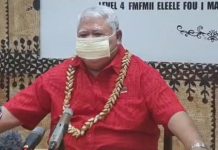 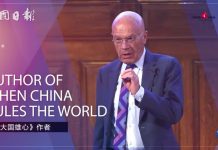 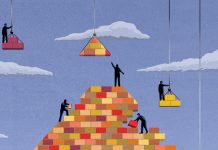 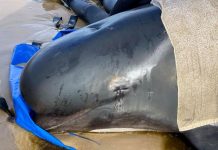