A Strategy for Restoring Balance and Legitimacy

Throughout the half century of Asia’s unprecedented rise, Henry Kissinger has been a pivotal figure, orchestrating the United States’ opening to China in the early 1970s and then going on to author tomes on Chinese strategy and world order. But at this transitional moment in Asia, Kissinger’s most relevant observations may be found in a more surprising place: a doctoral dissertation on nineteenth-century Europe that struggled to find a publisher when Kissinger wrote it, years before his rise to prominence.

That book, A World Restored: Metternich, Castlereagh and the Problems of Peace, 1812–22, explored how two European statesmen—one British, the other Austrian—worked to bolster fraying relations among leading continental states at the end of the Napoleonic Wars. Their efforts laid the groundwork for the continent’s so-called long peace—100 years of calm and prosperity between 1815 and World War I. The book’s insights have special resonance for today’s Indo-Pacific, with its intensifying great-power politics and strained regional order.

The key implication today of A World Restored is not that the Indo-Pacific requires its own version of Europe’s great-power condominium or a modern U.S.-Chinese concert. It is instead that regional orders work best when they sustain both balance and legitimacy and that Washington should work to advance both in Asia. Kissinger argues that it was Lord Castlereagh’s focus on balance combined with Klemens von Metternich’s focus on the order’s legitimacy in the eyes of member states that established a stable system.

A strategy for the Indo-Pacific today would benefit from incorporating three lessons from this episode of European history: the need for a balance of power; the need for an order that the region’s states recognize as legitimate; and the need for an allied and partner coalition to address China’s challenge to both. Such an approach can ensure that the Indo-Pacific’s future is characterized by balance and twenty-first-century openness rather than hegemony and nineteenth-century spheres of influence. 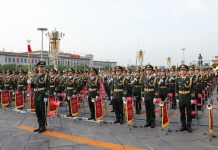 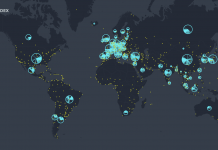 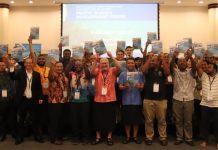