Singapore: Vice-President Kamala Harris has moved to reaffirm the United States’ commitment to allies in the Indo-Pacific after the fall of Kabul, saying events in south-east Asia “will largely dictate the future of the world”.

The withdrawal of the US from Afghanistan and the chaotic scenes following the Taliban takeover have prompted new questions about US foreign policy and the dependability of the Western superpower as a security guarantor for like-minded nations around the world.

Nowhere is that issue more pressing than in south-east Asia and Taiwan as a rising China poses a threat to regional and global stability.

Harris, however, said in Singapore on Monday the Biden administration’s exit from Afghanistan was no reflection of the role it intended to play in the contested Indo-Pacific.

“The reason I am here is because the United States is a global leader,” she said during a press conference at Singapore’s presidential palace before addressing American sailors aboard the USS Tulsa at Changi Naval Base.

“And we take that role seriously, understanding that we have many interests and priorities around the world. I’m here in Singapore as a reaffirmation of our commitment to our membership in the Indo-Pacific region [and] our long-standing partnerships with south-east Asia. 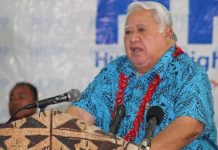 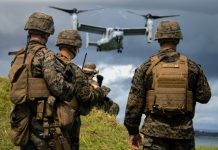 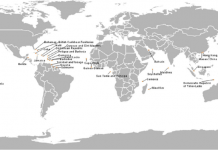 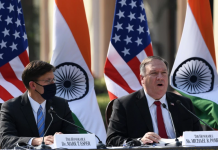