“The most important thing I’d like you all to take away from the discussions 5/8 is a fundamental understanding that the period between now and 2026—this decade—is the time horizon in which China is positioned to achieve overmatch in its capability, ” the Oahu ­-based commander said.

That’s when Beijing could—and he emphasized “could “—”choose to forcibly change the status quo in the region.”

Davidson didn’t specify what action China might take, but he said with the growing military imbalance comes greater risk that China could move “before our forces might be able to deliver an effective response.”

Chinese President Xi Jinping “has accelerated China’s military buildup, modernization and combat readiness, ” Schuster said. “They outnumber us in terms of seaborne missile shooters and, of course, shore-based air power. While I don’t think they will be ready to conduct an amphibious assault on Taiwan itself by 2025, I do think Xi is hoping to establish the power ratio and capability to give us pause if he decides to create an incident.”

Davidson is seeking $4.6 billion in fiscal 2022 and $27.3 billion through 2027 for the Pacific Deterrence Initiative—a measure put in place last year to boost defense spending in the era of “great power ” competition with China.

The request is more than double the $2.2 billion authorized for the current fiscal year via the initiative and comes with the anticipation of flattened defense budgets due to the effects of COVID-19.

The deterrence initiative addresses unfunded requirements that are not covered in Indo-Pacific or service budgets, the command said.

Davidson, scheduled to appear Wednesday before the House Armed Services Committee to discuss national security challenges in the region, said the defense of Guam with a 360-degree Aegis Ashore air defense radar and missile-firing system remains his No. 1 unfunded priority.

Located within what’s known as the second island chain radiating out from the South China Sea, Guam is “absolutely critical in maintaining deterrence and stability in the region ” and “our most critical operating location west of the international dateline, ” he said.

Camp Blaz, the first new Marine Corps base since 1952, was activated there on Oct. 1 and will be home to approximately 5, 000 Marines relocating from Okinawa, Japan, in the first half of the 2020s, according to the Corps. Bombers, fighters and submarines operate from Guam.

China has conducted circumnavigations of Guam and the Northern Mariana Islands with surface ships and submarines and conducted bomber runs in the Philippine Sea, creating a 360-degree threat from cruise and ballistic missiles, Davidson said.

He said Aegis Ashore also could fire Tomahawk cruise missiles and has the potential for SM-6 missiles with anti-air, anti-surface warfare and ballistic missile defense applications. The Guam Defense System is pegged at $1.6 billion through 2027.

A Terminal High Altitude Area Defense system and a Navy destroyer already are dedicated to the missile defense of Guam, “but it’s really designed to defend against the rogue shot from North Korea, ” the 4-star admiral said.

Schuster said Chinese surface combatant numbers are growing at five times the rate of those of the United States.

“Those ships’ combat capabilities are nearly equal to ours—if not equal to ours—and they are concentrated in the western Pacific, potentially giving them ‘local superiority’ at a moment of their choosing, ” Schuster said.

In a “message to the force ” Thursday, new Defense Secretary Lloyd Austin said the Defense Department “will prioritize China as our number one pacing challenge and develop the right operational concepts, capabilities and plans to bolster deterrence and maintain our competitive advantage.”

At another forum on Monday, Davidson said that fundamentally, a deterrence strategy aimed at China must include U.S. forces that are highly maneuverable and have depth of firepower. The Marine Corps and Army are planning to have fast-moving missile units that can sink ships at sea from islands that are part of choke points in the western Pacific.

Interoperability and information-sharing is being increased with allies and partners, he said. Davidson also was asked about the Pacific islands that have taken on renewed importance for military basing.

The region has “millions of square miles of ocean space with pretty small populations, ” Davidson noted. The islands were used in island-hopping campaigns by both the Japanese and United States in World War II.

Davidson said he sees a “staggering amount ” of Chinese attempts at corruption, coercion and co-option “across the whole of the Pacific island chain ” that involves under-the-table payouts to government and business elites and sometimes direct coercive action.

The commander said that “deterrence is not a bluff.” Rather, it “is a demonstration of capacity, capability and will that could deny China’s objectives.”

“Ultimately, the steps we take in establishing an effective deterrent posture must convince Beijing, unequivocally, the costs of achieving their objectives by the use of military force are simply too high, ” he said. 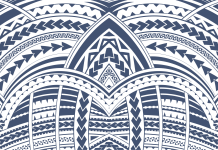 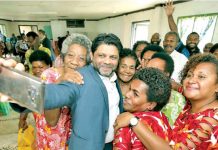 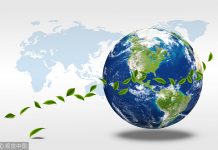