This post has been updated to correct the previous assignment of Maj. Gen. Paul Rock.

The Marine Corps needs to spread out its forces in the Indo-Pacific region if it wants to be successful in deterring Chinese aggression in the coming decades, Marine Corps Commandant Gen. David Berger said during an appearance at the virtual Modern Day Marine conference on Wednesday.

The commandant noted that Marines mostly operate from the Korean peninsula and Japan, and have been for decades, but that the future environment requires the U.S. to change course.

“We have to spread out. We have to factor in Guam. We have to have a dispersed, distributed force laydown in the Pacific that allows us to work with all the allies and partners in the region and deter countries like [China] from asserting themselves in a manner that tries to rewrite all of the global sort of norms that’s been well-established for 50, 60, 70 years and which has led to all the economic growth in the Indo-Pacific,” Berger said. “So our posture must change, both the Marine Corps’ and I think the joint force as well.”

Berger’s call for change echoes his Commandant’s Planning Guidance, a strategic document unveiled in the summer of 2019 that stressed the need for naval integration between the Navy and Marine Corps and argued the Corps needs to retool for a future fight with China. Berger posited that the Marine Corps should shed legacy equipment to become lighter, so forces can move between expeditionary bases in the Indo-Pacific that are within the range of Chinese missiles.

The commandant’s vision, which echoed the Defense Department’s National Defense Strategy in emphasizing a concentration on the Indo-Pacific region during a time of great power competition, described III Marine Expeditionary Force, based out of Okinawa, Japan, as the Corps’ “main focus-of-effort.”

For the last year, since Berger published the CPG, both Navy and Marine Corps officials have reiterated the commandant’s push for naval integration.

Speaking at a separate Modern Day Marine panel on Wednesday, Maj. Gen. Paul Rock, the Marine Corps’ director of strategy and plans, said III MEF and U.S. 7th Fleet recently each developed their own new warfighting concepts and then merged them together.

“We are very much beginning to explore how III MEF can enable a maritime campaign partnered with 7th Fleet, you know, enable the things that 7th Fleet wants to do,” Rock told reporters in a call following his panel. “For instance, as the stand-in force, be able to create access opportunities, to have sea control or execute sea denial operations, joined with what 7th Fleet’s doing.”

Working with 7th Fleet and the joint force, III MEF has wargamed the new concept, Rock said. While he declined to provide details about the warfighting concept, Rock said the goal is to execute the Navy’s distributed maritime operations concept.

Rock was not sure if the joint operating concept had been signed but said it’s “close” and noted the work started after last summer’s release of Berger’s CPG.

“The effort to generate that started last year basically in the wake of the release of the Commandant’s Planning Guidance,” Rock told reporters. “And it is very much informed by the direction of the CPG, and then it is … the practical, operational, tactical employment of Distributed Maritime Operations.”

“We’re integrating major functions such as 7th Fleet’s maritime [operations] center with III MEF’s Force [Fires and] Effects Coordination Center – working on fires, for instance. You know, how are we doing joint, naval fires,” he said.

Asked what a squad leader returning to Okinawa for the first time since III MEF began employing the new operating concept might encounter, Rock said a Marine could come across the Marine Littoral Regiment, a new unit the Marines recently stood up and are experimenting with in the Pacific.

“Dependent on where you come along in the spectrum, you may see the Marine Littoral Regiment in action,” Rock said in the media call. “If you’re an infantryman, you may be deploying to a [Unit Deployment Program] to the Pacific to support an MLR, or one of the components of the MLR – whether it’s the logistics battalion or the anti-air battalion.”

The increased focus on naval integration between the Navy and Marine Corps has expanded from operating concepts and into the services’ acquisition pursuits, USNI News previously reported. For example, the Navy and Marine Corps for the first time last year launched an integrated effort to assess the fleet’s force structure, or makeup of battleforce ships, an initiative that helps inform what vessels the Navy purchases.

While I MEF and U.S. 3rd Fleet are embarking on a similar endeavor with a joint warfighting concept, Rock said the push for integration between the MEFs and their corresponding fleets is not solely for the Indo-Pacific region.

“The imperative to have a more integrated naval force is not restricted just to the Pacific. It’s not restricted just to Pacific-oriented MEFs,” he said. “I know from personal observation and communication that II MEF, [Marine Corps Forces Command], [Marine Corps Forces Europe and Africa], they are all focused on increasing their level of naval integration and exercising to that.” 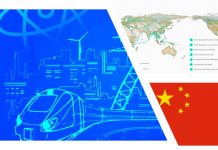 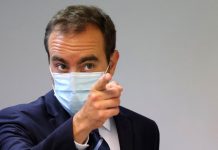 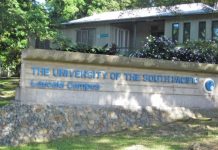 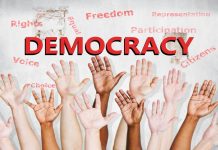