As Washington’s pivot to Asia begins to take shape, showing up in person and walking the talk will be deal-breakers.

With the exception of India, the common thread linking the United States’ Indo-Pacific and broader China strategy so far has been the rallying of long-standing US allies.

Early summits with President Moon Jae-in and former Prime Minister Yoshihide Suga are starting to bear results. South Korea is slowly starting to step up its regional engagement. Japan is getting increasingly serious about defending Taiwan.

China’s prognostication that the Quad arrangement between Australia, India, Japan and the United States would “dissipate like ocean foam” was wishful thinking. Even if the military aspect of the Quad is limited for now, it will considerably complicate the Chinese People’s Liberation Army defence planning. The Quad’s revitalised pledge to donate 1 billion Covid-19 vaccines to Southeast Asia is a welcome example of the United States stepping up to provide public goods. From further afield, this year’s G7 and NATO Summits were unprecedented in their focus on the Indo-Pacific.

Finally, AUKUS – the strategic defence partnership between Australia, the United Kingdom and the United States – has been heralded as the belated realisation of Obama’s pivot to Asia. Assuming there is an effective stopgap solution to get extra submarines in the water for Australia before the late 2030s – admittedly a fairly huge if at the moment – AUKUS should lead to a significantly more favourable balance of power in the region.

Virtual talks though, can only go so far in a region that puts a premium on face time.

Nonetheless, so far, there is a gaping hole right at the centre of US President Joe Biden’s Indo-Pacific strategy – the lack of anything beyond perfunctory efforts to engage with Southeast Asia.

According to a review of the White House’s Statements and Releases, almost nine months into his term, Biden has yet to speak to a single Southeast Asian leader. Secretary of State Antony Blinken took until July to officially engage with the Association of Southeast Asian Nations after technical glitches ruined his planned May summit. US ambassadorial posts to ASEAN, Brunei (ASEAN’s current chair), the Philippines, Singapore, Thailand and Vietnam remain vacant. As yet, there are no nominees for the ASEAN, Philippines or Singapore postings.

The United States has at least upped its game recently, with Blinken in August holding virtual talks with ASEAN counterparts over five consecutive days. Virtual talks though, can only go so far in a region that puts a premium on face time.

Whilst Secretary of Defence Lloyd Austin and Vice President Kamala Harris’ visits to Singapore and Vietnam (and Austin’s visit to the Philippines) were no doubt welcome, they sent mixed messages. Bangkok and Jakarta both felt justifiably snubbed. At least – unlike Kuala Lumpur – both capitals were warranted a visit by Deputy Secretary of State Wendy Sherman back in late May-early June.

Vietnam has been assiduous in resisting Chinese encroachment in the South China Sea, while Singapore and to a lesser extent the Philippines (even under President Rodrigo Duterte) have done much to facilitate the US regional military presence. In its clear prioritisation of these countries, the United States risks sending the message that it sees Southeast Asia primarily through the lens of security competition with China.

Even in the security realm though, Biden’s approach has thus far proved to be deficient. May budget documents flag just US$179 million in military financing for the entire Indo-Pacific. The Middle East gets US$5.46 billion. Despite mentioning Singapore and Vietnam, the administration’s Interim National Security Strategic Guidance curiously omitted treaty allies, the Philippines and Thailand. 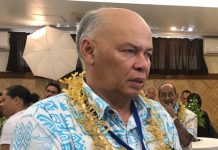 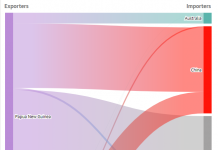 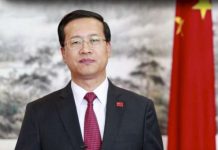