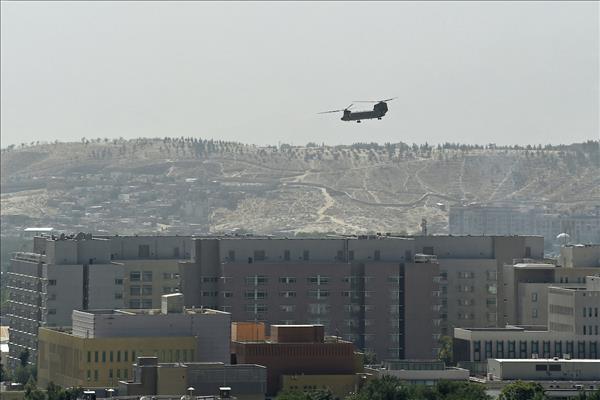 The US withdrawal from Afghanistan looks fundamentally humiliating for Americans and their friends and allies. Those finding fault with President Joe Biden’s administration have harshly criticized the way the Afghanistan evacuation was executed.

They have portrayed the Afghan debacle as the loss of America’s credibility as a superpower. Its reputation as the global leader is tainted forever. They also claimed that America’s friends and allies think it is not a reliable partner, for the present or the future.

By contrast, the US invested about $1 trillion in its Afghan adventure, and only 2,500 US lives were lost in 20 years. In today’s monetary terms and the number of American lives the US lost, the Afghan withdrawal does not look significantly worse than the Vietnam defeat.

However, it is a much more significant loss than the fiasco of the Vietnam War in terms of America’s global prominence, reputation, credibility, and the future of US dominated so-called“liberal international order” in the future.

Biden may be responsible for the abrupt exit from Afghanistan because he is the sitting US president. But he had no way to avoid this upsetting incident. The Afghanistan failure is not an accidental consequence; it is the result of a two-decade-long poorly planned, executed, and futile US foreign policy.

What does America’s disgraceful exit from Afghanistan mean? The answer is very simple: The post-Cold War US global domination and post-9/11 unilateralism in international politics have formally ended. The US no longer can lead global affairs unilaterally.

The litany of failure of US foreign policy suggests that it is unfit to lead global affairs unilaterally. For instance, the US was unable to stabilize and rebuild Iraq after its 2003 invasion of that country. It also messed up in Libya and Syria, and the failed attempt at regime change in Venezuela in 2019.

It has been fighting a counterproductive tech and trade war not only with China and but also with its friends and allies since 2018.

Now, the US has withdrawn from Afghanistan in an ugly way. All these examples depict a grim picture of the diminishing US global leadership stature. The Afghanistan debacle says the era of US policing for international affairs has also come to an end.

The US cannot afford the post-9/11 unilateralism any further. The country is suffering from the massive cleavage between the rich and poor and racial, ethnic, and gender inequalities by which the so-called American dream has been fading away.

Similarly, obsolete American infrastructure and technologies are bigger challenges than any foreign foes. Besides, the US cannot afford to continue being controlled by the military-industrial complex in the future.

What are the key takeaways from the US withdrawal from Afghanistan? There are at least three.

First, Biden wants to focus more on fixing domestic problems. He intends to revive the Covid-19 pandemic-hit US economy. He wants to fix income, racial, and gender gaps in American society. He wants to update obsolete technology, and upgrade the old physical infrastructures. He also wants to restore the fading American dream.

Biden looks mindful that the US cannot fix any problems abroad unless it can keep its own house in order.

Second, the US will start to pay serious attention to reforming and restructuring global governance institutions such as the United Nations, the World Bank, the International Monetary Fund, and the World Trade Organization.

The Afghan disaster proved that the Americans are incapable of leading global affairs. Their leadership is inept and irresponsible. If the world relies on US leadership for global governance further, things will change from worse to worst.

Therefore the global governance institutions need to reform drastically to make them more inclusive, more capable, responsible, and genuinely democratic. If the United States does not start to do so immediately, further decline of the US leadership role is inevitable and will be unstoppable in the future.

Third, the United States will think carefully before getting involved in unilateral military invasions or sponsoring coups d’état in the future. The United States must have learned the lessons from the endless and pointless military adventures that have created chaos and disorder here and there in the world without substantive gain from the colossal human and monetary cost.

No one knows better the cost of human lives, money, and psychological humiliation of hegemony and unilateralism than the US.

The world knows that in post-World War II global politics, it witnessed that the friends and foes of the US alike have played America’s game, by the rules the US made. But now, the time is ripe for playing a new game and new rules in global affairs. The players are multiple, and the rule is multilateralism.

The US withdrawal from Afghanistan looks demeaning, and it also severely damaged America’s reputation as the global superpower forever. But it was an earnest need for Biden to end one of the worst foreign-policy debacles in America’s post-World War II history.

Legal Disclaimer:
MENAFN provides the information “as is” without warranty of any kind. We do not accept any responsibility or liability for the accuracy, content, images, videos, licenses, completeness, legality, or reliability of the information contained in this article. If you have any complaints or copyright issues related to this article, kindly contact the provider above. 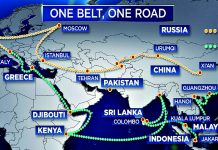 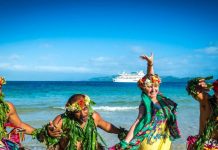 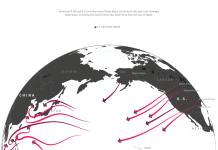 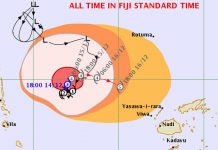