China has released its White Paper on Defense which seeks to modernize China’s military in what Beijing calls “an era of intensified strategic competition.” To find out how this new strategy affects Africa, The Habari News Network talked to China specialist, Paul Nantulya, a Research Associate at the Africa Center for Strategic Studies.

Dennis Matanda: How important is the release of this White Paper?

Paul Nantulya: China’s National Defense in a New Era comes against the backdrop of 3 key developments.

First, China’s global reach has grown considerably and its foreign policy is more assertive and competitive, themes the White Paper touches on in each chapter. It paints a picture of a confident China determined to restore itself as a Great Power (shi jie qiang go, 世界强国) and directs the People’s Liberation Army (PLA) to “stand ready to provide strong strategic support for the realization of the Chinese Dream of national rejuvenation” (zhonghua minzu weida fuxing, 中华民族伟大复兴). The Chinese government has given itself the task of doubling China’s 2010 gross domestic product (GDP) of US$12 trillion by 2021 to become a “moderately prosperous society” (小康社会). 2049 is the target date it has set for China to become a “world class power.” And by 2050, China hopes to be a “world maritime power,” 海洋强国.

Third, the developing world has become increasingly important to China’s global strategy. Many African analysts noticed that the White Paper was released while the first China-Africa Peace and Security Forum, an organ of the Forum for China Africa Cooperation (FOCAC) was in session, with defense and military chiefs from over 40 African countries in attendance. A similar mechanism for Asian defense and security leaders known as the Xiangshan Forum met in its 8th session last October, bringing together 90 senior leaders from over 50 countries. China ranks its priorities as follows, “Big powers are the key; China’s periphery the priority; developing countries the foundation, and multilateral platforms the stage, 大国是关键，周边是首要，发展中国家是基 础, 多边是重要舞台. This strategic mapping is evident in the massive One Belt One Road (OBOR), described in Chinese as yī dai yī lu, 一带一路 and more commonly known as the Belt and Road Initiative (BRI). Through it, China is building new economic corridors linking Asia, Europe, the Middle East, and Africa and connecting them to its economy. OBOR is a major driver of China’s recalibrated security strategy and shapes many of the new missions and tasks the White Paper assigns to China’s armed forces.

DM: How does this Defense White Paper differ from previous ones?

This White Paper is more explicit about China’s growing power, influence, and leadership ambitions than previous ones. It adopts the “community of common destiny for mankind”, (人类命运共同体) China’s vision of an international system more conducive to its interests and values, as part of its military-strategic guidance. This all-encompassing concept was written into China’s state and party constitutions in October 2017, along with the Belt and Road, and Xi Jinping Thought, elevating all 3 in China’s long-term strategy. The so-called “5 connectivities” of the Belt and Road: strategic infrastructure, policy coordination, trade, finance, and people-to-people exchanges constitute the physical elements of the “community of common destiny.

Its underlying logic is as the Belt and Road’s economic arrangements facilitate closer economic integration among member countries, and between them and China, they will seek enhanced political and security partnerships with Beijing. This would in turn strengthen China’s quest to “take an active part in leading the reform of the global governance system,” 积极参与引领全球治理体系改革 as laid out by President Xi at the Communist Party’s Foreign Affairs Work Conference in June 2018.

The White Paper casts the People’s Liberation Army (PLA) as a critical element of the “community of common destiny” and tasks it with creating new security frameworks with “Chinese characteristics” (Zhōngguó tèsè, 中国特色) to support the Belt and Road’s “5 connectivities.” Examples include the China Africa Defense Forum, China Africa Peace and Security Forum, Xiangshan Forum, and Great Wall International Forum on Counter-Terrorism. The latter forum includes over 30 African countries and is managed by the People’s Armed Police (PAP) that runs China’s elite counterterrorism forces. The PAP’s entrée into Africa in countries like Ethiopia, Kenya, Uganda, and Zambia is governed by a 2015 counterterrorism law that allows it and the PLA to conduct joint overseas operations. African governments enthusiastically welcome these new security mechanisms but critics warn that they could reinforce regime-centric views on security that treat discontent as a national security threat. China and many of its African partners are often blamed for the human rights implications of this approach to security.

China’s National Defense in a New Era, lays out the PLA’s role in protecting China’s overseas interests more clearly than previous editions. It requires the PLA to “build far seas forces, “develop overseas logistical facilities, and enhance capabilities to accomplish diversified military tasks.” The mention of “far seas forces” is particularly relevant for Africa because Chinese military authors use the terms “far seas” 远海, and “far seas operations,” 远海作战, to refer to far-off maritime domains beyond the Western Pacific to the Indian Ocean, where China’s presence is growing. This is illustrated by the establishment of China’s first overseas naval base in Djibouti, and a sizeable fleet averaging 4 to 5 surface vessels and submarine deployments compared to a zero presence a decade ago. The White Paper lists some of China’s new missions in these distant seas as “vessel protection operations,” “securing sea lines of communication,” and “maritime rights protection,” which are all alluded to in the 2019-2021 China Africa Action Plan.

DM: What are the likely long-term trends in China/Africa relations?

China is likely to continue pursuing opportunities in 3 key areas:

First, Africa will remain part of the groundwork for China’s broader international strategy. Africa for instance has been the foundation on which China has strengthened its clout in global peacekeeping, one of the tools it hopes to use to address security issues along the Belt and Road. Global peace operations are overwhelmingly focused on Africa: Africa hosts the largest number of multilateral operations in the world and African missions account for 75 percent of all peacekeeping personnel. Furthermore, the majority of the world’s peacekeepers are African.

China capitalized on this by tactfully courting Africa’s top peacekeeping contributors and positioning itself as Africa’s strategic peacekeeping partner. In 2015 the African Union (AU) supported China’s decision to join the UN’s Peacekeeping Standby Readiness System. China shortly thereafter created a US$100 million China Africa Peace and Security Fund to operationalize the AU’s Standby Force. It also trained an 8,000-strong Chinese Standby Force which was activated in 2018 and transferred to UN authority as a rapid reaction force. Speculation is rife that China could influence how and where this force is deployed, particularly along the Belt and Road where its strategic investments – from power plants and high-speed railways, to ports and digital infrastructure – face growing security risks due to instability.

China’s return on its African peacekeeping investments has global ramifications. Beijing’s voice in multilateral security bodies has increased along with its ability to shape peacekeeping and peace enforcement decisions. The mandates given to PLA forces serving in UN missions in the Democratic Republic of Congo (DRC), South Sudan, Sudan, and Mali are cases in point. They include protecting Chinese citizens, assets, and critical infrastructure, thereby indirectly extending China’s reach in monitoring its interests, such as the oil infrastructure in the 2 Sudans, the DRC’s Grand Inga Dam, and planned Chinese-built railways connecting Mali to Senegal and Guinea.

China has also capitalized on its role as the world’s biggest contributor of peacekeepers and 2nd largest contributor to the UN’s peacekeeping budget. It has sought to reap the diplomatic and propaganda benefits of portraying itself as a so-called “responsible big power,” zeren daguo 责任大国 at a time when its peers on the UN Security Council are perceived to be scaling back their multilateral engagements. China complements its multilateral security efforts with less visible bilateral engagements with local partners to whom it sells a range of security wares from weapons to surveillance technology. Included in these sales are artificial intelligence (AI) capabilities that countries like Angola, Ethiopia, and Zimbabwe have purchased in recent years. China’s entry into Africa’s AI market is aimed at improving its own surveillance systems, while providing partners with internal security capabilities. Some observers warn about the downsides of such assistance, particularly in terms of their potential use in monitoring and cracking down on opposition parties and civil society activists.

Africa also presents opportunities for China to expand the Belt and Road, Xi Jinping’s top priority. The continent is located on a junction of this Road known as the “21st Century Maritime Silk Road” (21 世纪海上丝绸之路) that connects China to Southeast Asia, the Persian Gulf, and East Africa. A growing portfolio of Chinese port acquisitions along this corridor are aimed at supporting China’s strategic presence in the Indian Ocean and its push to open new maritime routes for economic, commercial, and security purposes. China’s 2017 “Vision for Maritime Cooperation under the Belt and Road Initiative” underscores the strategic importance of the Maritime Silk Road to China’s economic growth targets and the protection of its overseas interests.

Finally, Africa is seen as an opportunity to promote Chinese models of development, economics, politics, and security which Chinese leaders believe have resonance in Africa. This is part of a competitive soft power strategy that leverages China’s anti-colonial ties to Africa to offer Chinese models as viable alternatives to those of its perceived rivals such as the U.S., China’s most potent strategic competitor according to the White Paper. China’s National Defense in a New Era devotes an entire chapter to promoting Chinese models in building the “community of common destiny.” Some of these include “new model security partnerships,” “new regional security architectures,” and “the provision of international public goods.”

The promotion of Chinese models is integral to Chinese foreign policy and will likely continue into the future. Since 2013, over 1,700 PLA members have studied in over 50 countries, many of them in Africa. Around 20 Chinese military institutions, including the National Defense University (NDU), Academy of Military Science (AMS), and State Administration for Science, Technology and Industry for National Defense (SASTIND) have established exchanges with over 40 countries. By 2018, SASTIND had institutional arrangements with 45 African countries to share China’s experience in defense industries. China in January 2019 promised to double the intake of African officers to its military colleges. Africa now hosts over 70 Confucius Institutes in 40 countries and 10,000 annual scholarships are now on offer for citizens from Belt and Road participating countries.

These stepped up engagements set the scene for the expansion of China’s security programs. In 2017 the gross annual revenues of state-backed Chinese engineering firms in Africa totaled around US$51 billion, 10 times larger than China’s average foreign direct investment into Africa since 2007. Over 70 percent of Africa’s communications infrastructure has been built by Chinese telecoms giant, Huawei. Another Chinese firm, Star Times, similarly edged out its competitors to dominate the African media market, beaming Chinese content to 10 million rural subscribers in 30 countries. The Chinese government’s tendency to view Africa as an opportunity despite the risks will continue to shape the larger context in which China’s engagements will continue to expand as envisioned in the White Paper. 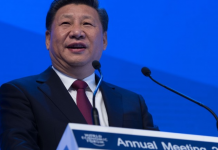 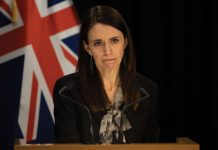 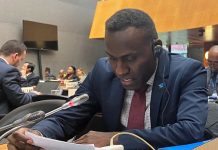