The summit of the leaders of Russia and the United States in Geneva, held on June 16 at the Villa La Grange in Switzerland, was an event that largely stirred up world politics. It is indicative that many things were expected from this meeting – both a breakthrough and a further deterioration in relations between the two powers.

The effect of the meeting was controversial. In fact, it is safe to say that there were no conceptual changes. Certainly, according to the assurances of both leaders, the conversation took place in a friendly atmosphere. In addition, despite the fact that they initially did not seem to plan to sign any documents or statements, finally a joint statement was adopted. The main thesis of that statement was the principle that a nuclear war cannot be won and must never be fought. Of course, this is important for the whole world. For the possession of nuclear weapons imposes on the owners a serious responsibility not only for themselves, but also for the entire planet. Also another fact is important – that both the presidents agreed to return their ambassadors to Washington and Moscow. Both leaders as well expressed the hope that it would be possible to talk about some results of this meeting after the painstaking work of both sides after at least six months.

At the same time, much more information about trends in relations between Russia and the United States, and about the place in the foreign policy strategies of both states for other countries (for example, China), can be gleaned from the press conferences of V. Putin and J. Biden following the talks. It should be noted that both Russian and foreign journalists were admitted to Putin’s press conference. Biden’s press conference was held without the participation of representatives of the Russian media. Turning to the leaders answers to the journalists’ questions, one cannot help but pay attention to the questions themselves more then to the answers.

The Russian leader was asked both about global issues – strategic stability, mutual trust, human rights, development and the problem of militarization of the Arctic (as a global subregion), and about things that have little to do with the global agenda: Ukraine, opposition in Russia and problems of bilateral relations between Russia and the United States. As for asking Putin provocative questions, which became some kind of expected behaviour of foreign media, nobody was surprized at that.

The situation with the US President’s press conference was fundamentally different. From the very first words, American leader tried to convey to the audience the main meaning of the meeting, its goals and the results that were achieved. But US journalists asked him mainly about what conditions and ultimatums he set to Russia, how Russia will pay for non-observance of human rights, and so on. Topics not related to the meeting were also raised – for example, the issue of the confrontation between the Western world and China. In fact, everything said by the US President and journalists would have been nothing but familiar informational background associated with Russia, if not for one point. Namely, the end of the press conferences of both leaders.

The entire world was captured by footage of how Biden, already leaving the venue of the press conference, suddenly snapped at a journalist who asked him about his confidence that President Putin (in other words, Russia) would change his behavior. It seems that such kind of reaction of the President of the United States allows us to presume that the representatives of the American press (and, probably, some political forces) really believe that the United States is an exceptional phenomenon of international relations. The importance of this phenomenon is determined by the power of the United States (both economic and military), which is, in its turn, taken for granted and at the same time, regardless of how much the idea of this power corresponds to the real situation in the world and in the USA.

The end of V. Putin’s press conference was not so emotional. However, a question from a Canadian journalist on behalf of her nine-year-old daughter did not go unanswered by the Russian leader. But the fact of asking such a question (and of its would-be author in the first place) can lead us to a very clear parallel with the historical episode of Cold War period. Namely, a letter from young American girl Samantha Smith to the newly appointed General Secretary of the USSR Communist Party Yuri Andropov in 1982. Of course, now the world is no longer the same as then – if Samantha Smith was interested in the question – “will there be a war?”, then the young Canadian girl was interested in the question of much less emotional tension – “why is this summit so important?” But these are phenomena of the same order. As they say – “From the mouths of babes shall come the truth.” The summit is really important – the very fact of its holding suggests that despite all the efforts of the Western world to present Russia as some kind of “demon-destroyer of democracy”, the attempts failed. And Russia is still an important factor in geopolitics.

Not surprisingly, in the absence of an immediate outcome of the meeting, Biden was already credited with a foreign policy defeat. But was there a battle at all? Most likely, no. We cannot talk about gains or losses at this summit – because only the framework for interaction was outlined there, and nothing more. Although it is no secret that many media in Russia used to find it beneficial to present the US president as some kind of senile man. And another parallel Russian media liked to draw was to compare present situation in the United States with the Roman Empire during its decline at all. However, it has already proved that such approach leads to an underestimation of the current situation and dangerous illusions about the weakness and incompetence of the American authorities. Moreover, this often indicates lack of understanding of the decision-making process in the United States as a phenomenon. All of this leads some experts to strive for fantastic theorizing and reconstruction of the US national strategy in the form in which they would like to see it. It is obvious that no matter what is the mental state of the US  leader, and what kind of strategy his administration follows, one cannot underestimate the fact that the United States is still one of the greatest pillars of geopolitics.

Nevertheless, it is obvious that there is a clear intention to establish a dialogue between the United States and Russia. It is possible that this summit is the first harbinger of spring in geopolitics. Spring which could return the world order to its original fair condition. 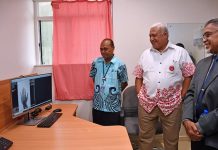 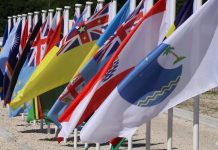 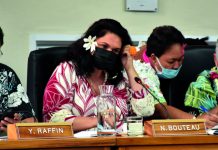 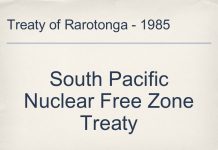